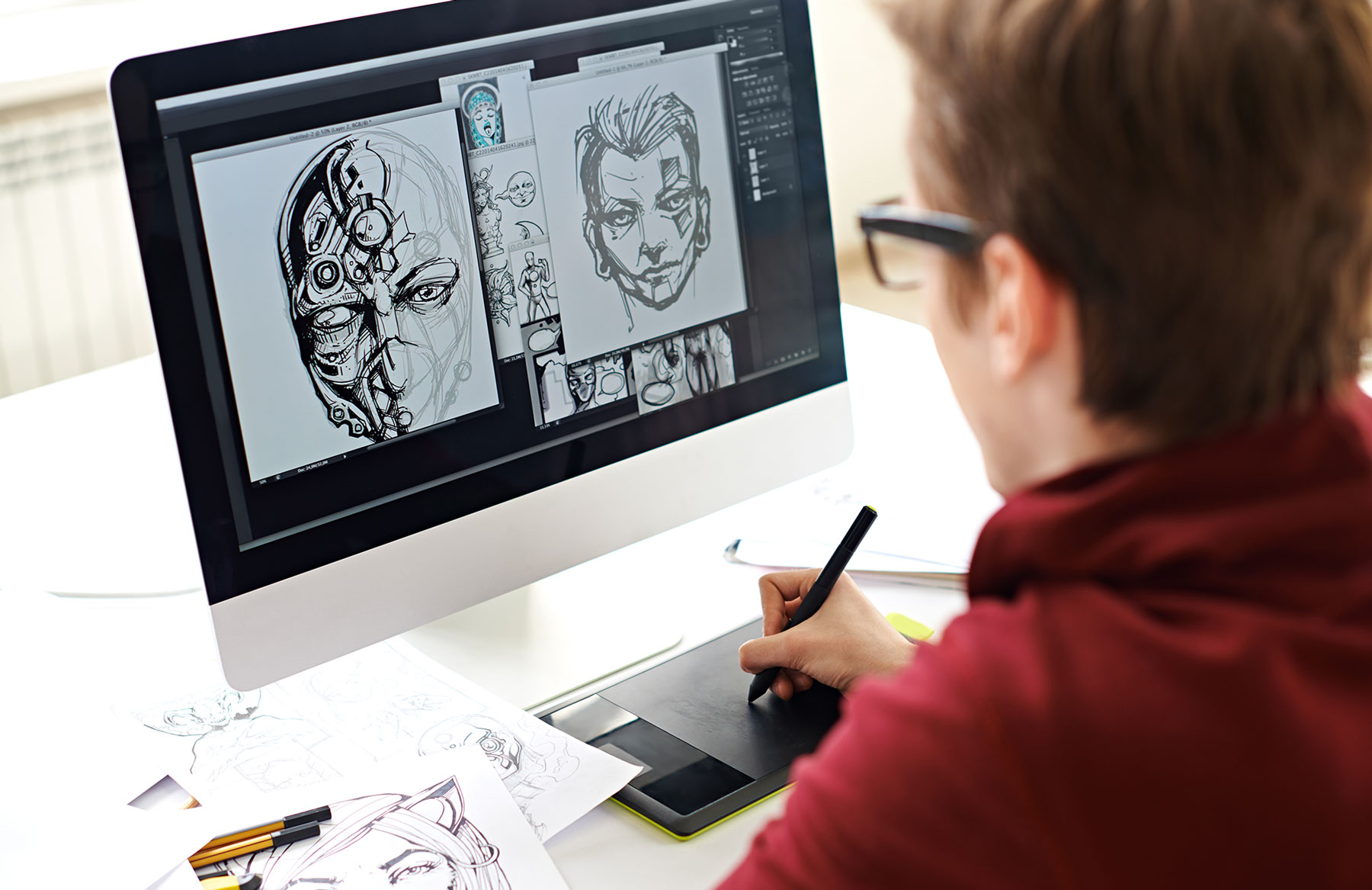 By Cubicle Ninjas November 21, 2019 No Comments

Also known as traditional animation, this is one of the oldest animation styles in the world – in fact, it was developed by John Bray and Earl Hurd in 1915. Remember the old black and white Disney cartoons? Yes, it’s that old. Hand drawn animation, though now advanced, started out on paper and was known as Cel animation.

To animate the drawings, different versions of the same character were drawn carrying out a number of actions. These illustrations were then changed one after the other to give the illusion of motion – much like a flip book. Here are some of the digital tools that are used to make cel-based animations today:

This is very similar to traditional animation, but instead of being image-based it is vector based. What does this mean? Well, in traditional cel animation, animations consist of a series of pictures that string together to give the illusion of movement. With a vector based animation system, vector paths are used instead of pixel grids. These are a series of lines with a start and end point that can be manipulated to create shapes. Since each object is defined by mathematical equations that dictate its visibility instead of pixels, these animations are highly scalable.

Here are some of the tools that are used in 2D vector-based animations.

Also known as computer-generated imagery (CGI), this is perhaps the most used and widely known of all the animation styles today. These are more life-like and realistic, and the objects are designed with greater detail.

For computer based motion simulation, the characters exist in a virtual place called the 3D polygon mesh. The mesh is then rigged to form a skeleton of the character that can be moved 3-dimensionally in the environment to create scenes through several connected vertices.

An interesting difference between 2D and 3D animations is that while both are primarily created using computer software, the characters exist differently in each – especially depending on the number of planes accessible to the animator.

Simply put, in 2D animation when you see an object’s left side with the right side out of the line of vision, the parts that are not visible are simply not drawn.

In 3D animation, each character exists completely at all times in the mesh, regardless of visibility. This makes animation far easier since the creator doesn’t have to redraw the hidden sides for each frame.

Stop motion and original hand drawn animation styles are very closely related – they are both created using sequential images of objects in different positions and poses to give the impression of movement. In stop motion, animators use images of real life objects — or even people — to create animations. This can include puppets, clay figures, paper cutouts, or anything else that can be moved to create frame-by-frame motion.

While the process of creation may vary from one motion graphic video to another based on the software used, the key element remains the same: using key framing to tween and create smooth transition between frames.

Let’s face it: animation is cool. Not only does it make videos interesting to watch, it also offers limitless potential for portraying your message creatively. In other words, it affords you the flexibility to tailor every bit of detail on the screen and customize it to your needs. The rapid evolution of this type of video has introduced new concepts into this art form, leaving you plenty of choices when it comes to animation styles.

Ready to start your own video project? Our ninjas can help! Get in touch today to start brainstorming!