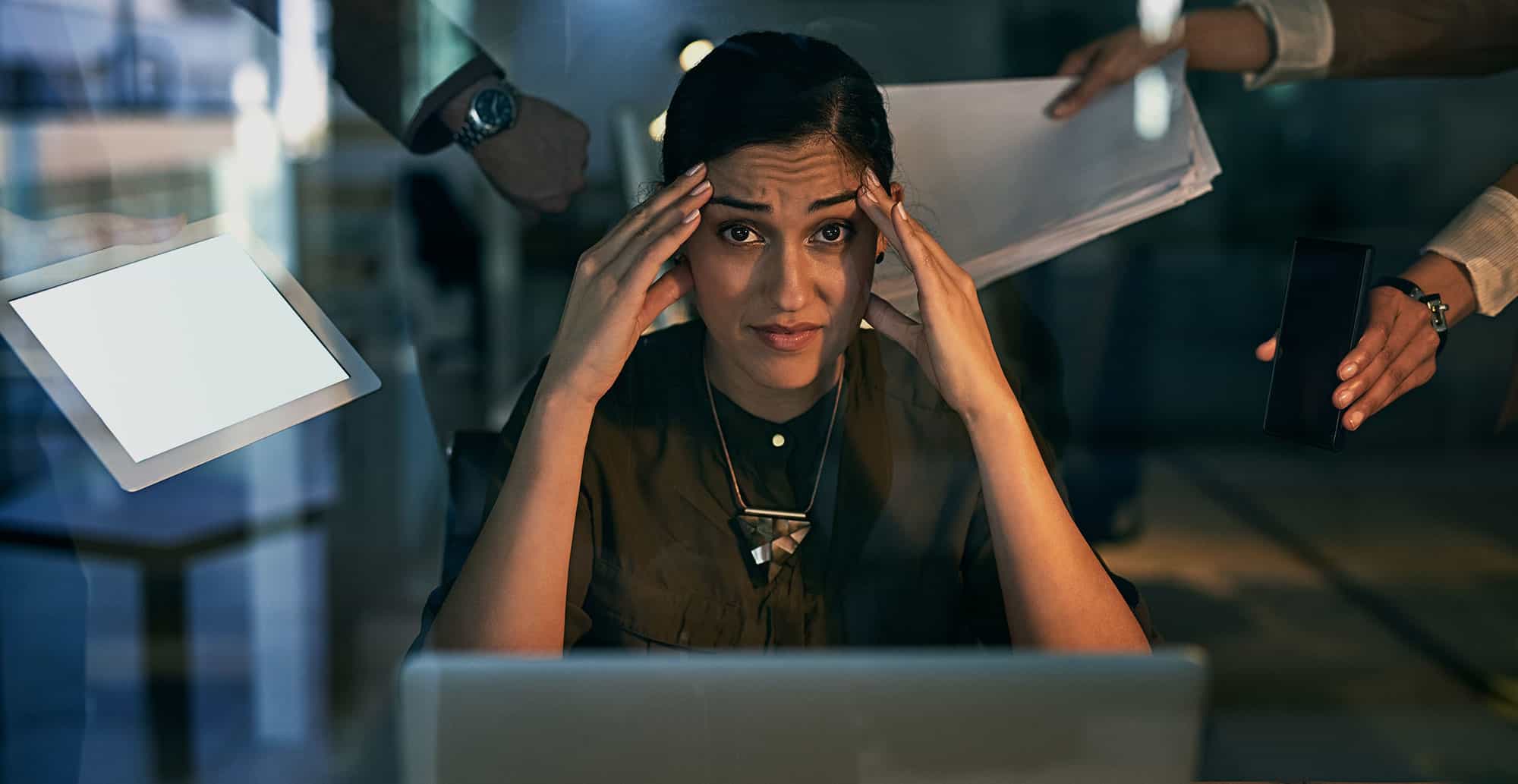 Is Marketing the Most Stressful Career?

So…Is Marketing The Most Stressful Career?

Are you feeling stressed lately? I knew it! It’s incredibly common to feel like you’re burning the candle at both ends…especially as a working professional in the marketing industry. Did you know that Marketing consistently tops the lists of “The Most Stressful Careers” or “The Most Hated Jobs In The World”? 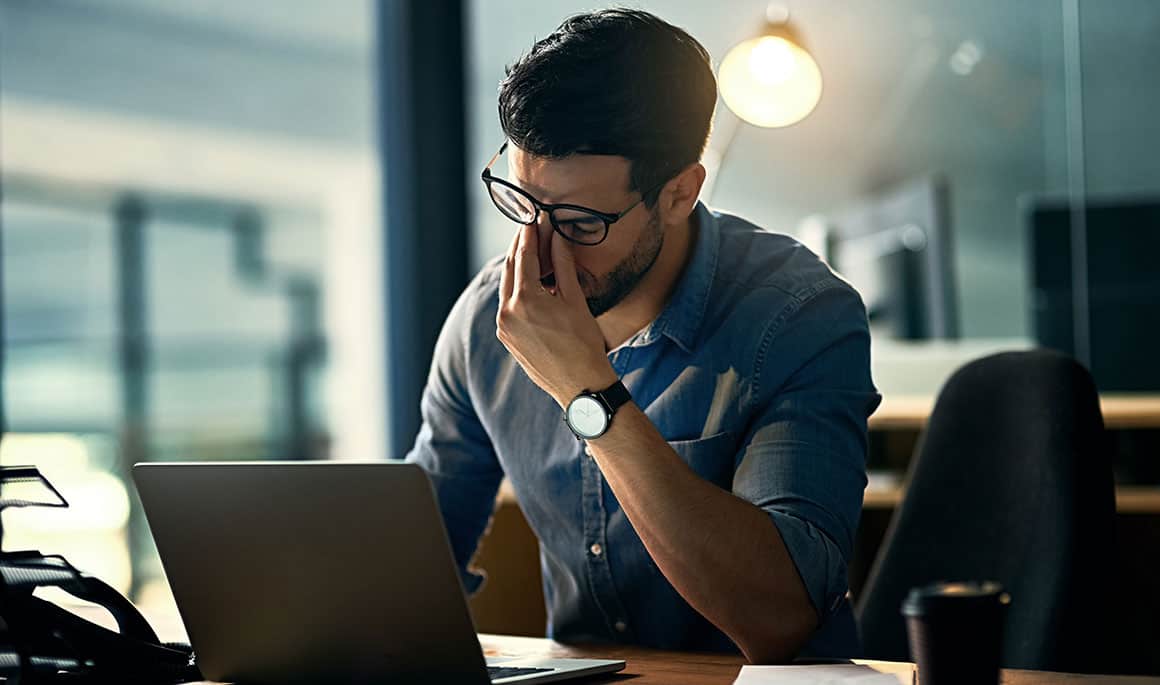 I’m sure you’ve complained to your friends about how stressful your job is after a long day, but did you know that marketing is considered to be one of the most stressful industries in the country?

According to a study done by Workfront (2), a supplier of project management software, one in four industry professionals remarked that they experience “high stress” on a daily basis. The rest of the group reported at least some sort of tension in the office.

71 percent reported feeling generally “burnt out”, whereas 66 percent said they expect their stress level to rise in the future. To further this conversation, it was found that 80 percent of those who participated in the study claimed that they are seriously overloaded with work. What’s even more shocking is that the same people who said their firms were overloaded said they were also understaffed. Since so many marketing firms are in this situation, it can result in missed deadlines, lack of direction, and a good ol’ boost of stress for the entire office. 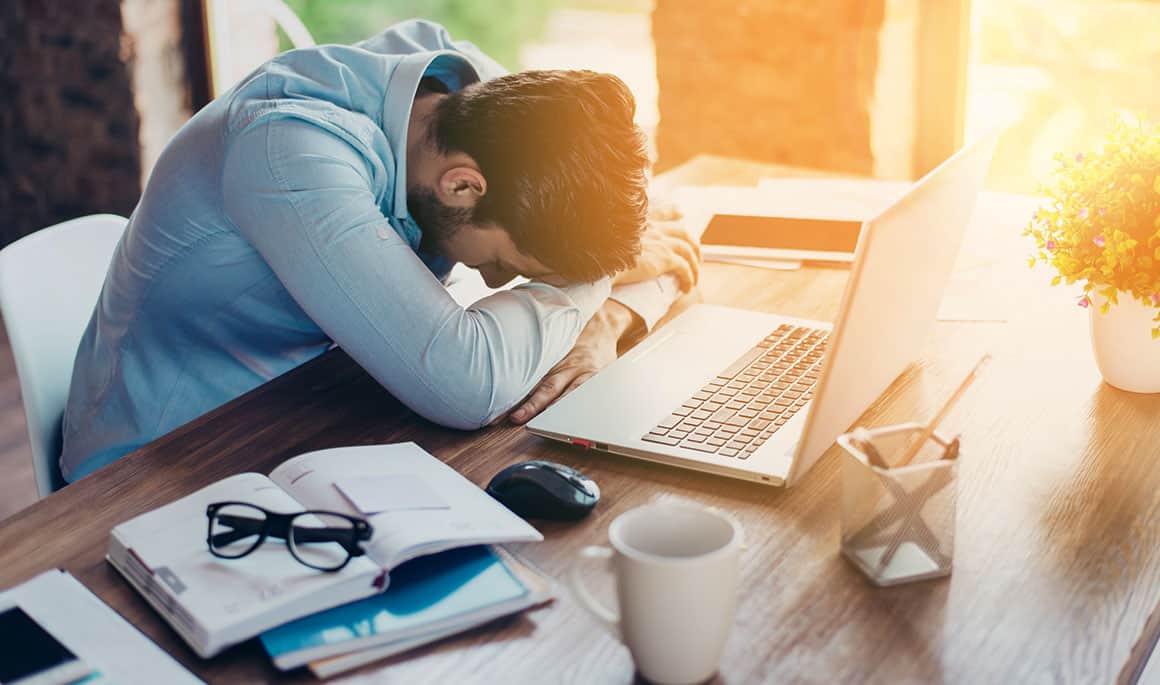 In a survey done by Paychex (4), 2,000 office workers were given questionnaires about their quality of work with questions like “Is marketing the most stressful career?”. 60 percent said that they felt stressed during three or more workdays per week. That’s almost 80 percent of their total work week!

When the results of the survey were examined further, it was found that those who worked in marketing were stressed on 3.84 days per week, whereas those who worked in real estate were only stressed 2.61 days per week. Arts, recreation, and retail also topped the list, with transportation and warehousing representing the least stressful industries. Despite these staggering results, the survey ended on a high note, showing that a whopping 89.6 percent of the office workers scored their quality of life highly, despite all the stress they experienced at work (3). 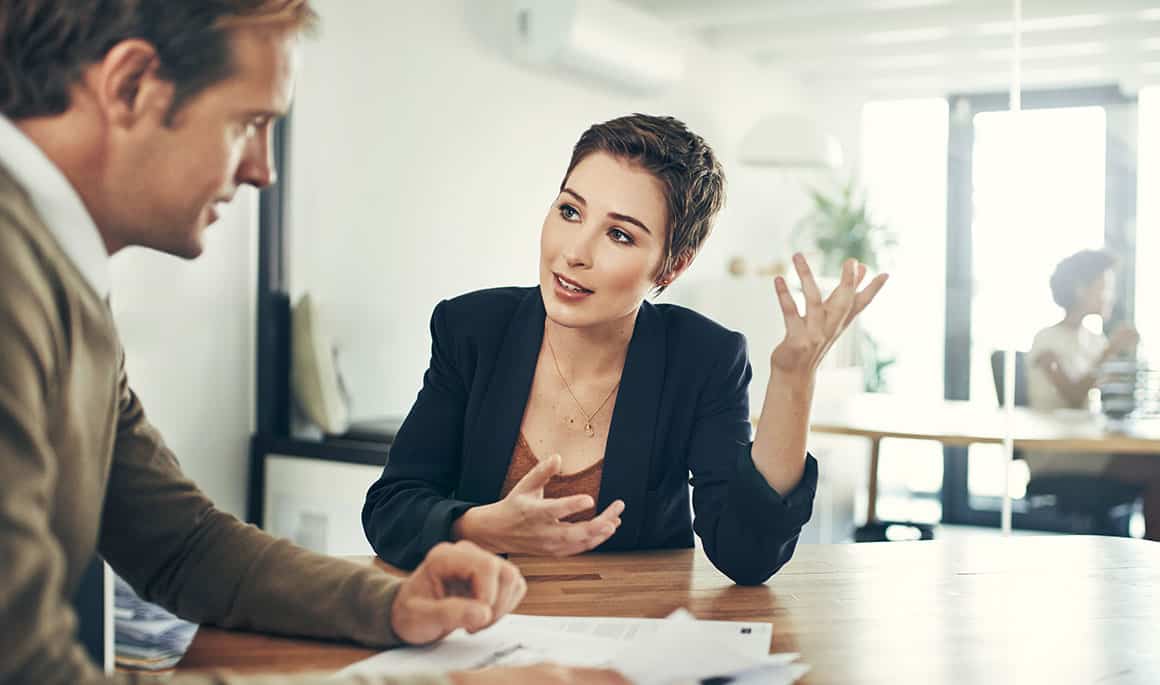 3. Company owners are the most stressed.

According to the Workfront survey (2), leadership teams feel the most stress out of all departments, with PR/communications staff feeling the least. It appears that the more responsibility you have in a company, the higher chance you will experience stress while working.

According to Paychex (4), company owners experience stress an average of 3.62 days out of any given 5-day work week. Middle management is not too far behind with 3.45 days. Senior-level employees come in at 2.86, and finally temporary/freelance employees bring up the rear at 2.68.

To drill this in even further, a survey conducted by CareerBliss (5), revealed that the top two most “hated” jobs are “Director of Information Technology” and “Director of Sales and Marketing”. The top two reasons people gave for hating their high level job in marketing were “lack of direction from upper management” and “an absence of room for growth”. So is marketing the most stressful career? Seems to win that award — especially at the top! 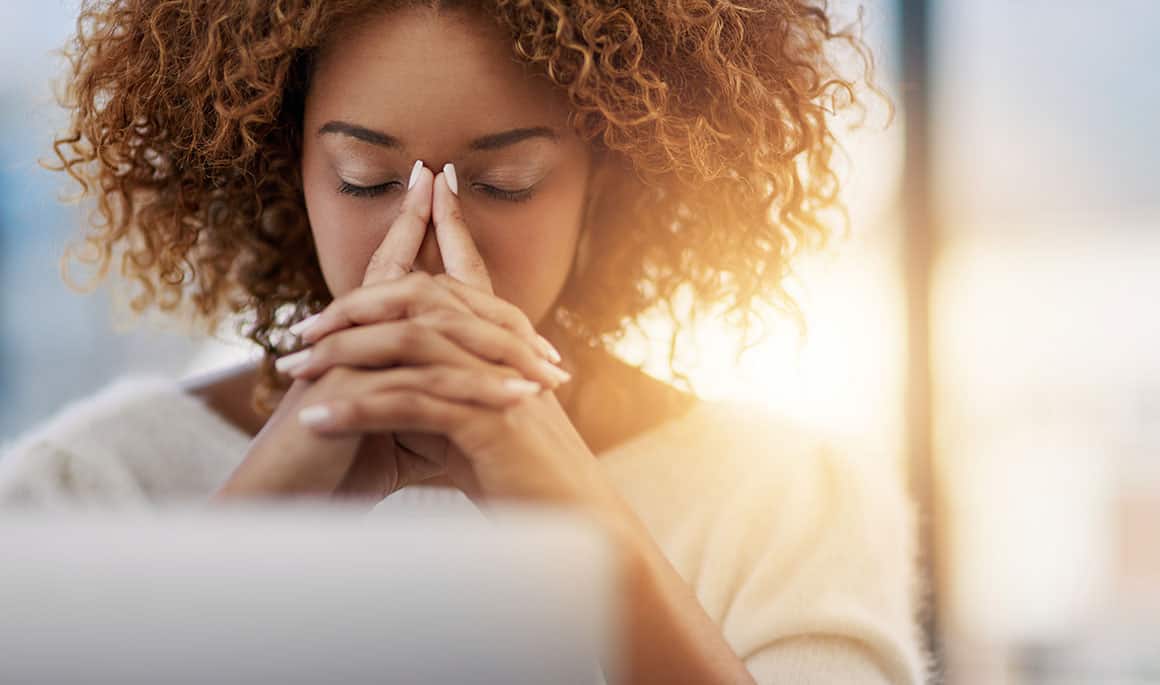 4. The source of stress is mostly psychological.

A big source of stress in office environments is fear of the unknown. Not being sure that you’ll have a job come next year is a very serious concern.

The life expectancy of any firm listed in the Fortune 500 used to be around 75 years (back in the 1960’s). Nowadays, it’s more like 15 years, and that number is estimated to go down to 5 in years to come. This could be due to the fact that our lives have become increasing more “technology-oriented” and long-time companies must adapt quickly or risk going out of business (6). This underlying fear of the company you’ve been involved with possibly going under at any moment can create a high baseline level of stress. We’re living on much shakier ground now and it’s showing up in our stress levels.

Another psychological reason people experience stress is boredom. A bit unexpected, but this feeling can inspire some serious stress. In a report funded by AXA Insurance (8), 2 out of 5 people who claimed to be unhappy at work gave the reason of “being bored”. We all want to feel “useful” — so if your job isn’t challenging you it might be time to take on some extra tasks and get that fire burning again. 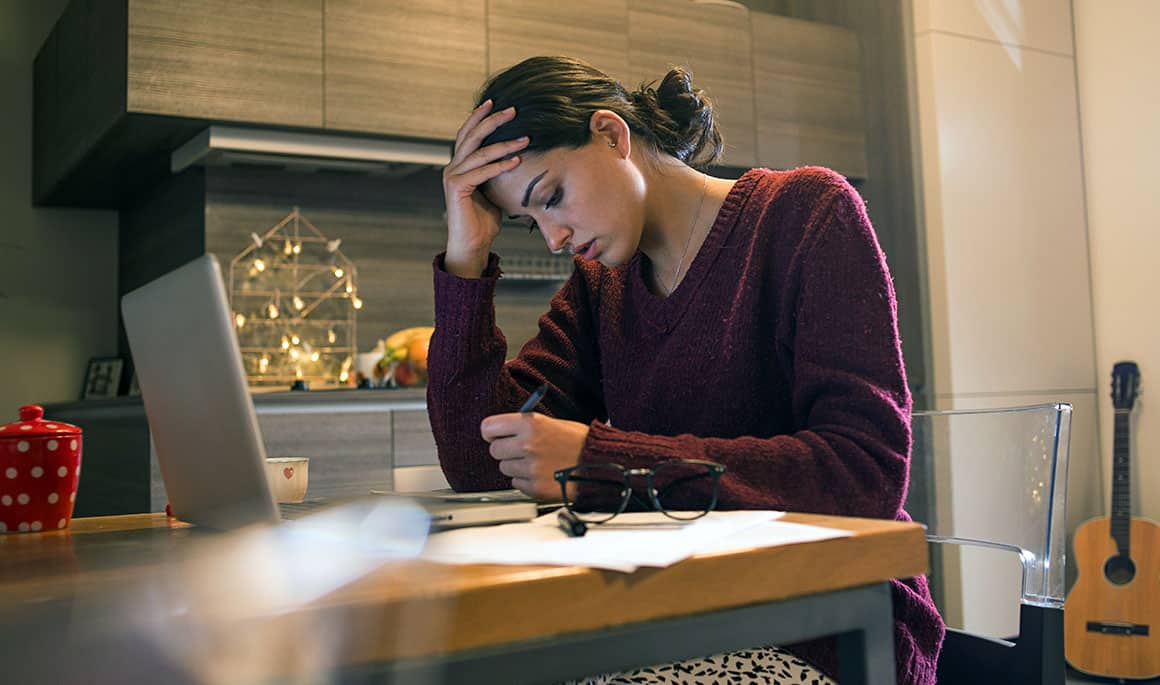 5. It’s really hard to escape the constant stress of work.

Well, nowadays we get the call directly to our cellphones, making it hard to balance one’s personal and professional life. Returning a call right away might result in landing a big-time client or maybe even impressing your boss with how organized and diligent you are even when you’re “off the clock”.

Other industries have adopted the “flexible working” model, allowing employees to work from home, but for some reason, the marketing industry is not hooking on. In fact, a poll done by Axxon Media (9) showed that 87.3% of marketing professionals still work full-time and “completely in the office”, which is incredibly high compared to industries such as real estate and finance. In a survey done by TINYpulse, it was found that remote workers (those who work from home) rated their perceived value as 7.75 out of 10 whereas in-office workers rated their value as 6.69. When it came to the remote workers’ overall happiness level, they rated it at 8.10, whereas in-office workers rated their happiness at 7.42.

Employees who aren’t “chained” to their desks often report being happier due to perceived freedom in when or where they work (11). 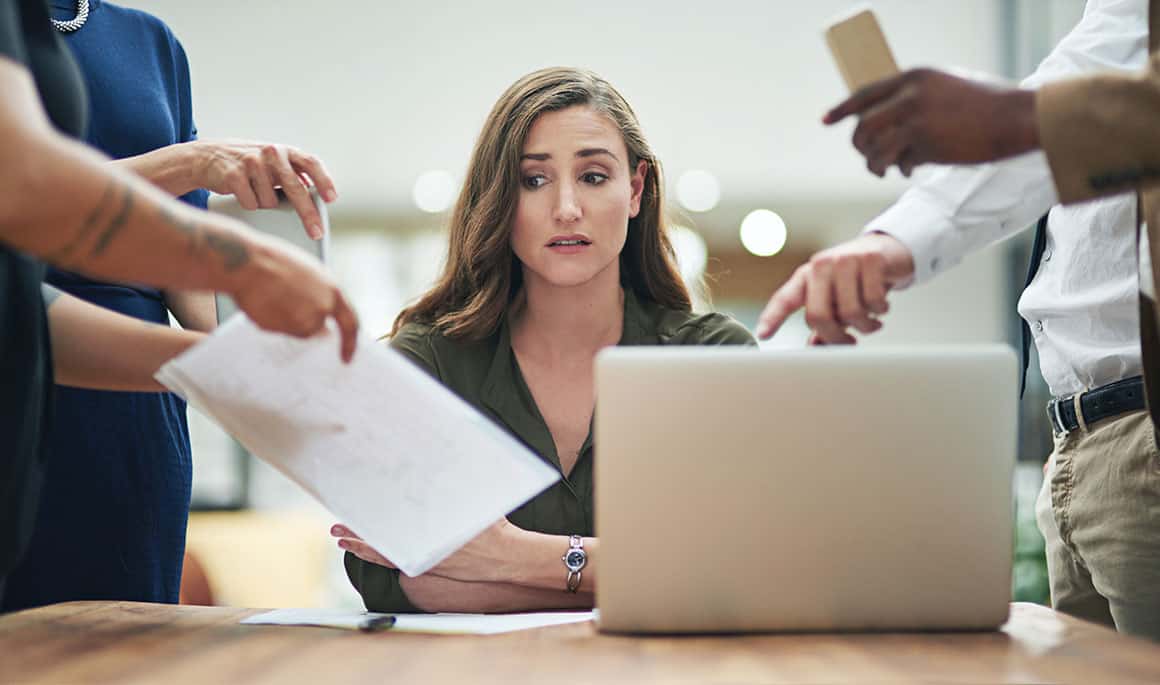 According to a Paychex survey (4), 16.1 percent of office workers experienced stress due to “complicated work”. 14.7 percent complained about “long or erratic hours”, while “lack of control”, “lack of resources”, “tough deadlines” and “too much work” all scored around 11 percent (3). So you can see that stress is born from many different scenarios.

Other very common sources of workplace stress in the marketing industry include: Acquiring good data, sales and marketing alignment, budget cuts, client feedback, and validating effort (7). Ask yourself which area of your job gives you the most stress and see if there’s anything you can do to reduce it. 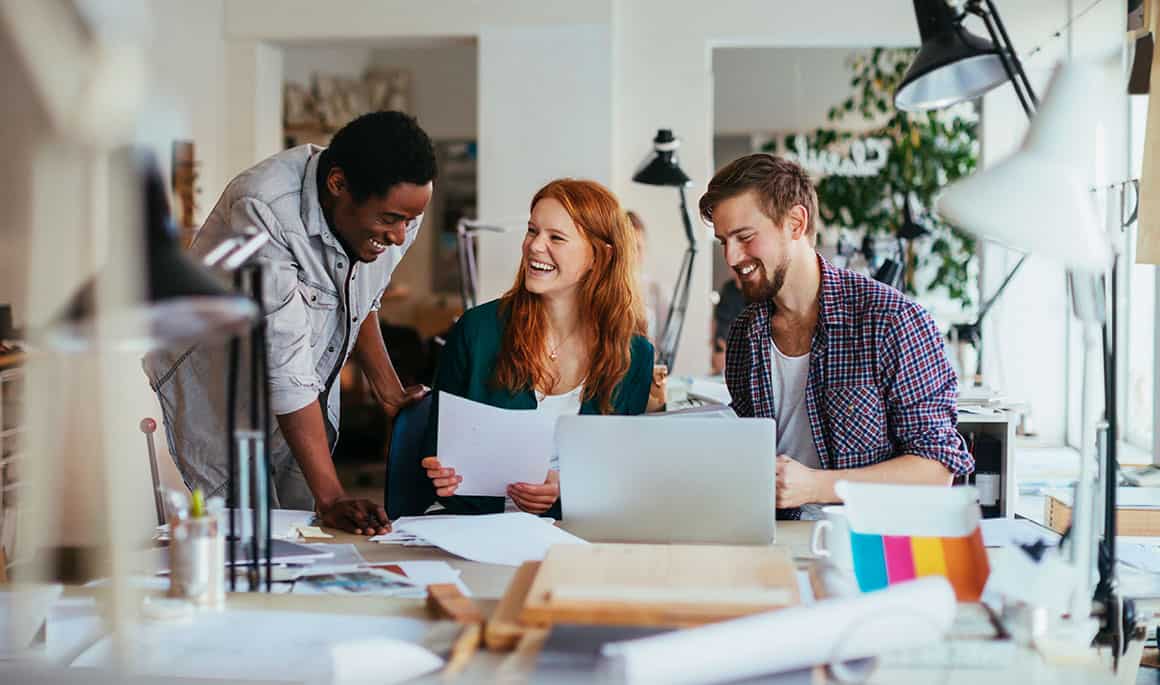 7. Despite the stress, marketers still love what they do!

So is marketing the most stressful career? The data is in, and it sure seems to top the list.

But even though work can feel like a whirlwind, 84% of respondents don’t regret their choice in career (2). Also, keep in mind that the marketing industry tends to attract people who thrive in stressful environments, and though many report feeling stressed on the job, many of them thrive on the pressure.

In CV Library’s recent survey (8), it was found that marketing had one of the highest levels of overall job satisfaction, at over 50 percent. Working in marketing can feel like a never-ending rat race, but it also attracts some very passionate and hard-working people who know how to handle it (9).

This is all a testament to how amazing marketing leaders and teams are. They’re stressed, overworked, understaffed, stuck at the office, and despite it all – they love what they do.

Searching For A Creative Design Agency That Makes Your Life Less Stressful?

Cubicle Ninjas helps take off some of that extra pressure, so you can focus on what you love. Design. Development. Motion. Even Augmented and Virtual Reality. Get more done with less stress. Contact us to learn more!