10 Original Logos Of Companies You Know And Love

Flashback to These Original Logos of Companies

Ever wondered what the original logos of companies looked like in their very beginning? Here’s a flashback of 10 famous brands and what their identities looked like once upon a time.

Today, AT&T has a sleek and modern logo, which is a big change from their original brand. The company was originally founded as part of Bell Telephone Co. back in 1900, and it wasn’t until 1964 when the AT&T brand became the most prominent one in their business. In the 1970’s, the decision was made to drop the Bell aspect from the logo and just focus on AT&T as the brand for marketing purposes.

Fun AT&T logo fact: Why is there a bell in the original logo? American Telephone and Telegraph (AT&T) had joined forces with a little company called the Bell Telephone Company. This was founded by none other than Alexander Graham Bell, the original inventor of the telephone.

Canon didn’t just change their logo, they also changed the name of their company as well. The logo that you see on the left is the original version for the company, and dates back to around 1935. In 1956, they decided their brand was too complicated and elaborate, so they came up with the idea of making everything more streamlined. You could say they went to the opposite extreme with their current logo, which is merely the word ‘Canon’. But the new logo has become iconic and memorable, so there are no plans to change it.

The Shell logo is pretty self-explanatory, but you have to admit that the more recent version is capable of grabbing your attention a lot better than the original. The first logo for their company was created in 1900, where they literally just used a drawing of a shell. However, the logo didn’t catch on, and eventually they decided to make it more professional. Since then, it has gone through various incarnations until reaching its current state which first appeared in 1999.

Fun Shell logo fact: why did they use the name and imagery of a shell? Shell Transport and Trading Company Limited was initially focused on the import of sea shells.

It’s hard to see how the logo for the company on the left turned into the famous IBM logo on the right. The first logo appeared in 1889, when the company was called International Time Recording Co. In 1924, the company changed its name International Business Machines, or IBM. The logo that we are now all familiar with was created in 1972, and hasn’t been altered since then. There is no doubt that the logo has come a long way since its first inception, much like a lot of these original logos of companies.

Fun IBM logo fact: why does the original logo look so odd? It is mirroring the design of a clock face used on international time recorder units.

LEGO has been entertaining children for decades, and their logo has certainly changed a number of times since its launch. In fact, it has had 26 alterations made to it, which is pretty impressive for such an iconic brand. The logo that you see on the left was the very first one, and it appeared back in 1935. The one on the right, which is the current version, has been used since 1998 and appears to be the one that the company has settled on.

You might think that you knew everything that there is to know about the McDonalds’s brand. After all, it has one of the most famous of all logos of companies. That large, yellow M stands out from all others, and people instantly recognize it when they see it. However, it hasn’t always been like that. The logo on the left is the first one for the company, and you will notice that it mentions a barbecue. That’s because between 1940 and 1948, McDonald’s believed that the future was in a barbecue. It was not until later that they decided to switch to focus on hamburgers, after a bit of influence from Ray Kroc, and the rest is history.

Fun McDonalds logo fact: who created the iconic arches? Founders (and brothers) Richard and Maurice McDonald came up with the golden arches concept, sketching the original version on paper while interviewing architects. Three architects told them the arches were a bad idea. The fourth was willing to make them work, and the rest is restaurant history.

The Kodak brand would probably not be as memorable if the original logo had stayed in all of their marketing. The version on the left was the very first one that they produced in 1907 and it was at a time when they had focused exclusively on print advertising. Since then, they have evolved and developed their business, and their logo has changed as a result. The version on the right is the current model that first appeared in 2006. It has a simple look with a simple font, but it still gets the point across.

Fun Kodak logo fact: what is pioneering about the original look? Nothing. It was basically a san serif monogram of Eastman Kodak Company. But this lack of innovation drove them to think differently for their next rebrand, which brought yellow to the table as their defining brand color.

Even though it isn’t the most popular web browser, the Firefox logo is still one that we all recognize the moment that we set eyes on it. However, the familiar fox wrapped around is not how it first appeared. Instead, the phoenix that we see on the left was the very first logo, which debuted in 2002. Since then, it has gone through a number of different incarnations to. The phoenix logo never really connected with users, as it was never regarded as being as smooth or as slick as the more modern version.

Fun Firefox logo fact: why use a phoenix? The browser rose from the death of the web browser Netscape Navigator. While Netscape Navigator may be largely forgotten today, its inventions like JavaScript and the Gecko web engine power the vast majority of websites online. Phoenix it is!

It’s surprising that some of the original logos of companies hardly showed any creativity. Take the original company logo for Mazda — it just tells you the name of the company. This rather simple logo emerged back in 1934, but since then it has gone through various changes. Mazda started to test out the M iconography in 1936, which evolved into the version are all familiar with by 1997.

Fun Mazda logo fact: what is the original logo referencing? Ahura Mazda, according to the Ancient History Encyclopedia, “is the creator of the universe and all the things in it, being at the same time wise and good”. But we think the Z in the center is really showcasing three lines, representing the three wheeled trucks they sold. 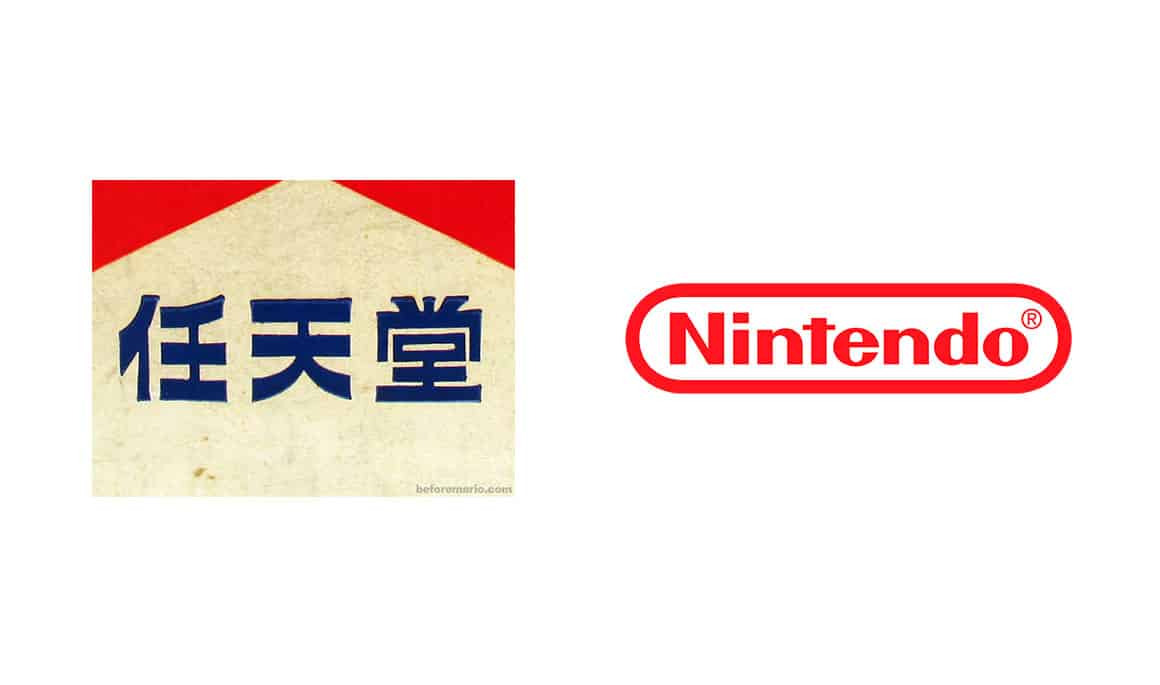 If you are searching for original logos of a companies that have undergone a dramatic change, Nintendo has to be up there as one of the most profound. The logo on the left comes from 1889, when Nintendo manufactured playing cards. The three characters say Nin-Ten-Do, assumed to mean “leave luck to heaven”, but it wasn’t until the 1960’s that they took on that particular name and moved into manufacturing electronic toys. Since then, they have made a variety of alterations to their logo as the brand has become more established and well-known around the world. However, it is a prime example of the way in which even the largest companies are never quite settled when it comes to something that plays such an integral role in their branding and marketing.

Fun Nintendo logo fact: what does the logo remind you of? If you said playing card, you’d be correct. Their version of Hanafuda cards were super popular. So their logo emulated the design of their best seller.

Looking for Ways to Enhance Your Brand?

Try using design color theory to influence your audience or learn what not to do from these rebranding disasters.