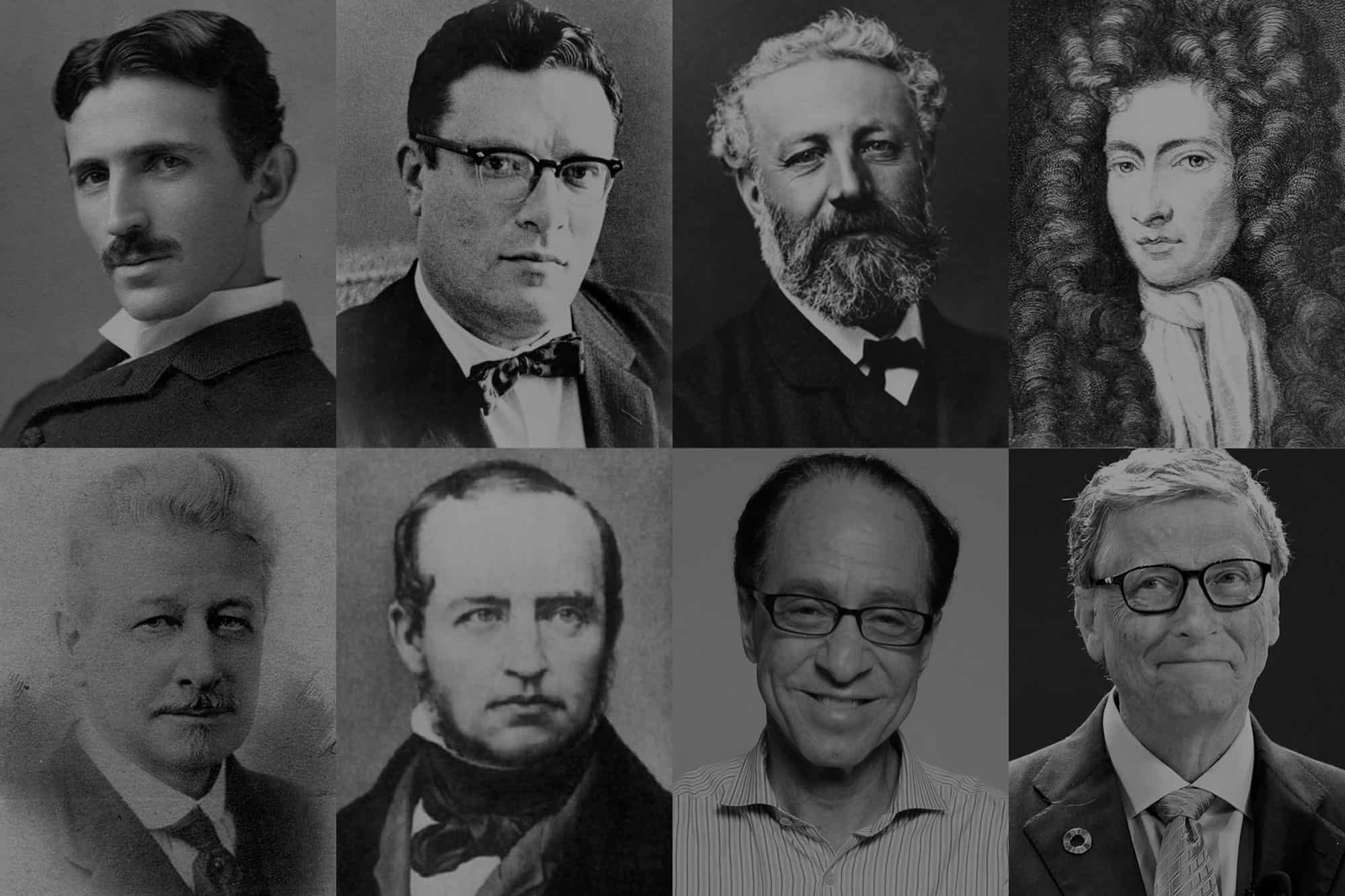 Throughout history, mankind has been obsessed with knowing, seeing, and changing the future. Check out these 9 crazy futurist predictions that came true! 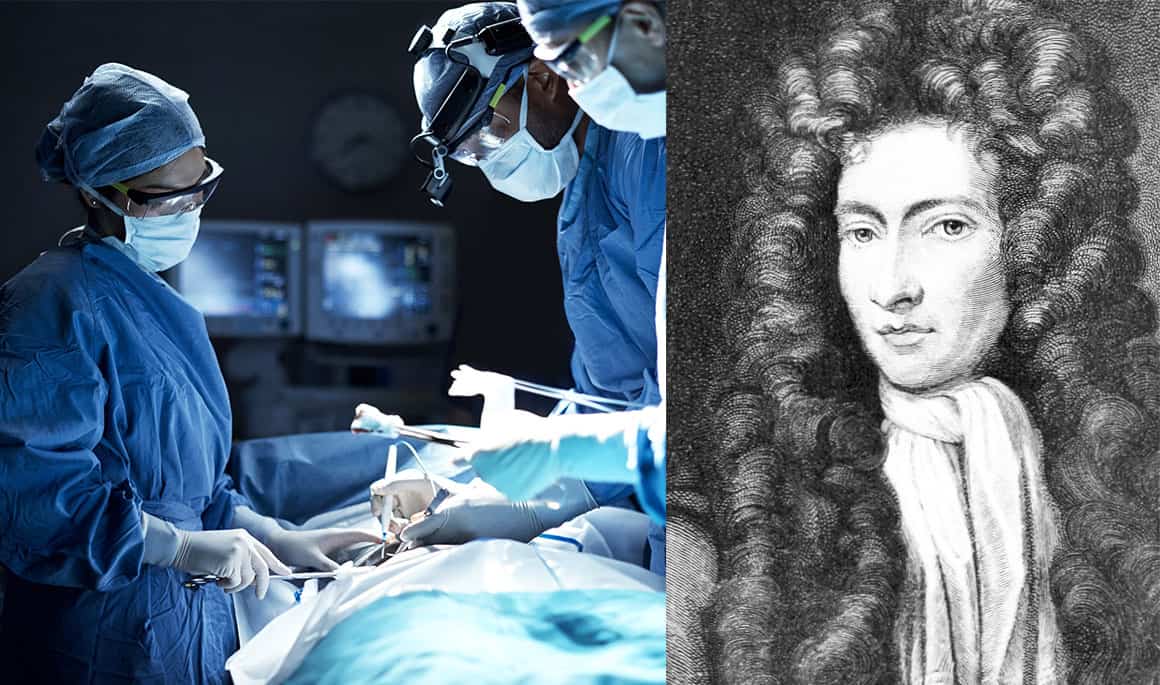 Organ transplant might not sound so fanciful today, but what if we share it was predicted way back in the 1660’s? A man by the name of Robert Boyle predicted that there would be “the cure of diseases at a distance or at least by transplantation.” Considering this was at a time when medicine was extremely primitive and when even magic mixed in with superstition played an important role. To think that someone would predict organ transplants in a time when the medical world had just figured out that the heart pumped blood is shocking. That is a stunning future prediction that turned out to be absolutely correct. 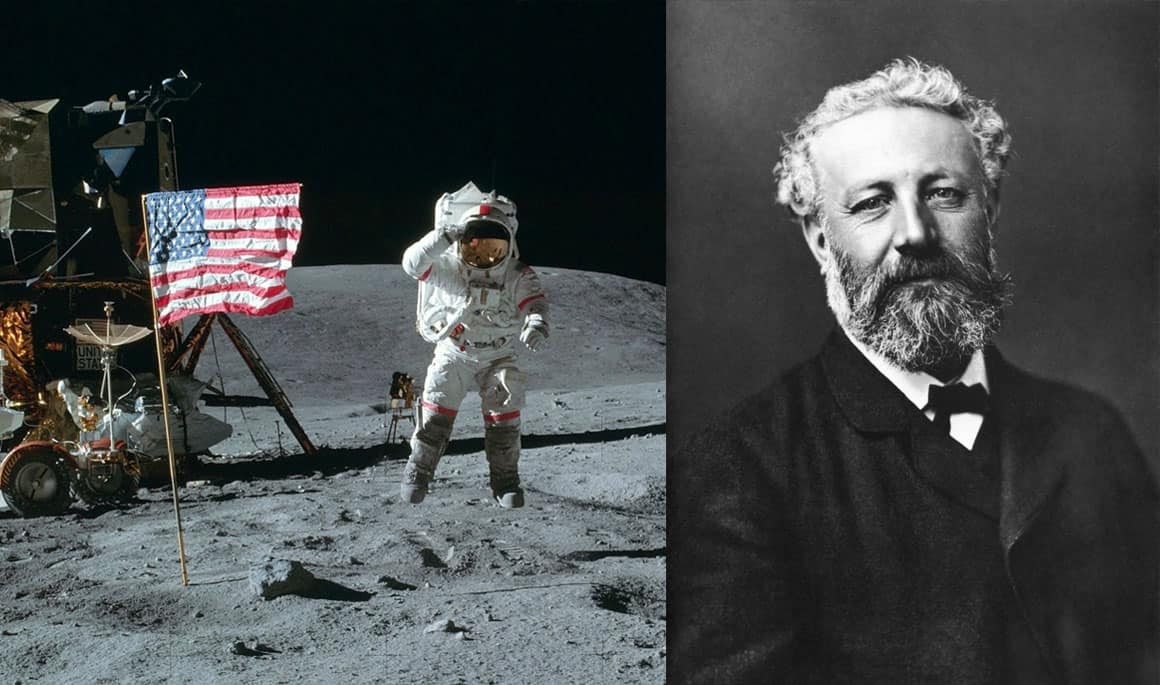 The famous novelist, Jules Verne made some eerily accurate predictions. In his novel called ‘From the Earth to the Moon’ he explored the tale of the first time that man would be able to visit the moon. Now, some would say that as he was a novelist that he had a good imagination, but when you look at the details you realize that he took his topic seriously. Not only did he state that the rocket taking man to the moon would leave from Florida, but that it would be called Apollo. Furthermore, he came up with the correct number of astronauts who would be on board and that they would experience a sense of being weightless. Do remember that this was before we understood that gravity worked differently when in space. Now, is that not just a bit spooky? 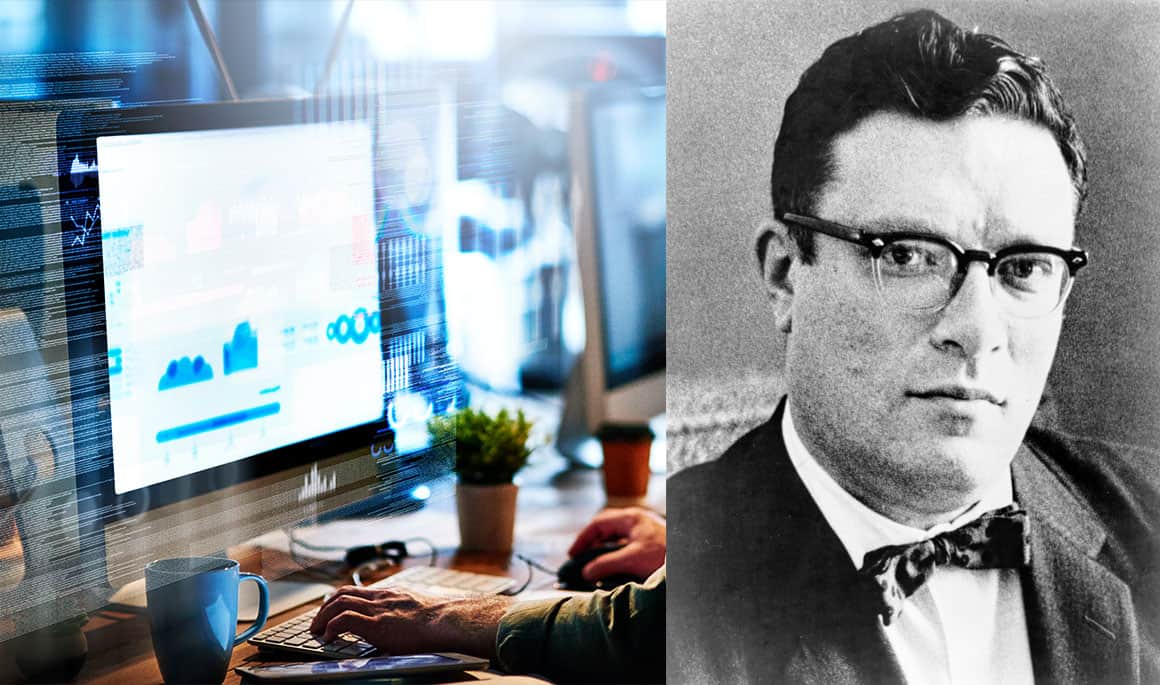 The man in the photograph is Isaac Asimov, and even though he was indeed an intelligent guy, as well as a good sci-fi writer, it does seem that he was also pretty damn good at predicting the future. In an interview back in 1988 with Bill Moyers, he basically described what we now know as the Internet. His description was that there would be computers that would allow us to connect to libraries of information and that those libraries would act just as teachers used to do in the past. In other words, we would have a world of opportunities to learn about all kinds of things from our computers. He also saw online learning as being a solution to what he believed were the various issues and problems associated with normal education. Of course, he had no way of knowing just how big the Internet would be, but he was pretty accurate with its explosion as a learning tool. Now, if only we could have predicted people’s endless desire to learn about silly cat videos we’d be internet billionaires. 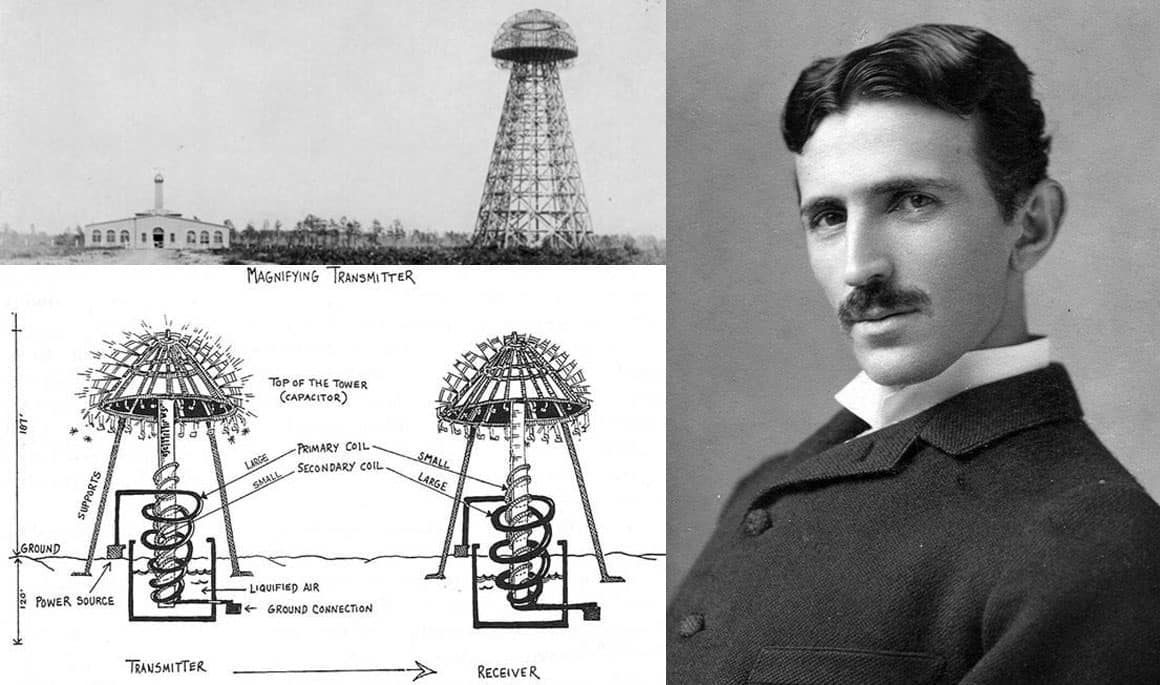 Only in the past few years has wireless charging for mobile phones become viable. But no conversation on futurists would be complete with mentioning one of the greats: Nikola Tesla. A Serbian inventor who had over 300 patents, he is said to have been one of the most intelligent people that ever lived. But focusing on just one of his predictions, as the creator of alternating current (the AC bit of AC & DC), his life’s work was sending energy wirelessly across great distances. He saw this as a way to revolutionize transportation and communication, and keep in mind this prediction was made in a time when sending electricity by wires was cutting edge. Oh, and if this isn’t impressive enough he predicted drones, automated cars, gender equality, and the nuclear stalemate called ‘mutually assured destruction’. No biggies. 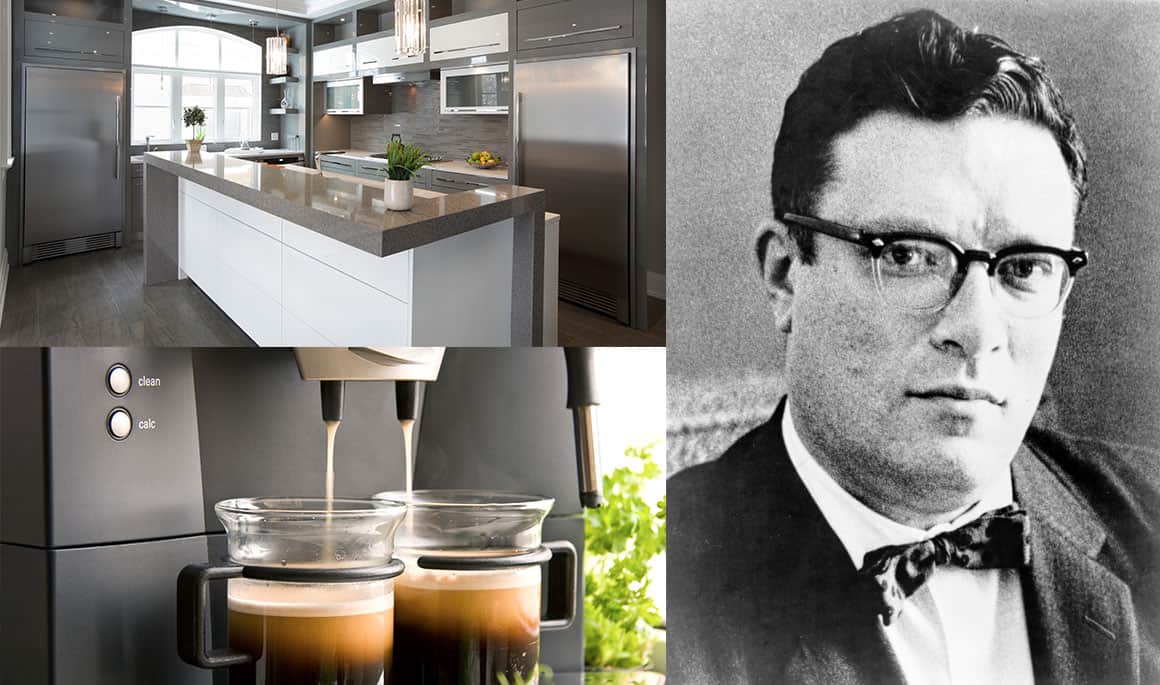 So, predicting the Moon Landing or Wireless Charging is pretty cool, but what about predicting how our boring daily lives might look in 30 years? Asimov appears to have some kind of crystal ball into the future. Back in 1964, he made a number of predictions as to how the world would look, which have turned out to be pretty accurate. In writing a column for the New York Times, he predicted coffee machines at home, freezers, and even the microwave oven. Also, we would have electrical devices that did not have cords to power them and he also made comments on a device that was handheld where you could call people and see them on it which is similar to the cell phone and tablet computer. When you also throw in flatscreen TV’s and 3D, the list goes on and on. He did fail on some predictions, but maybe we just haven’t caught up to Asimov’s brilliance yet? 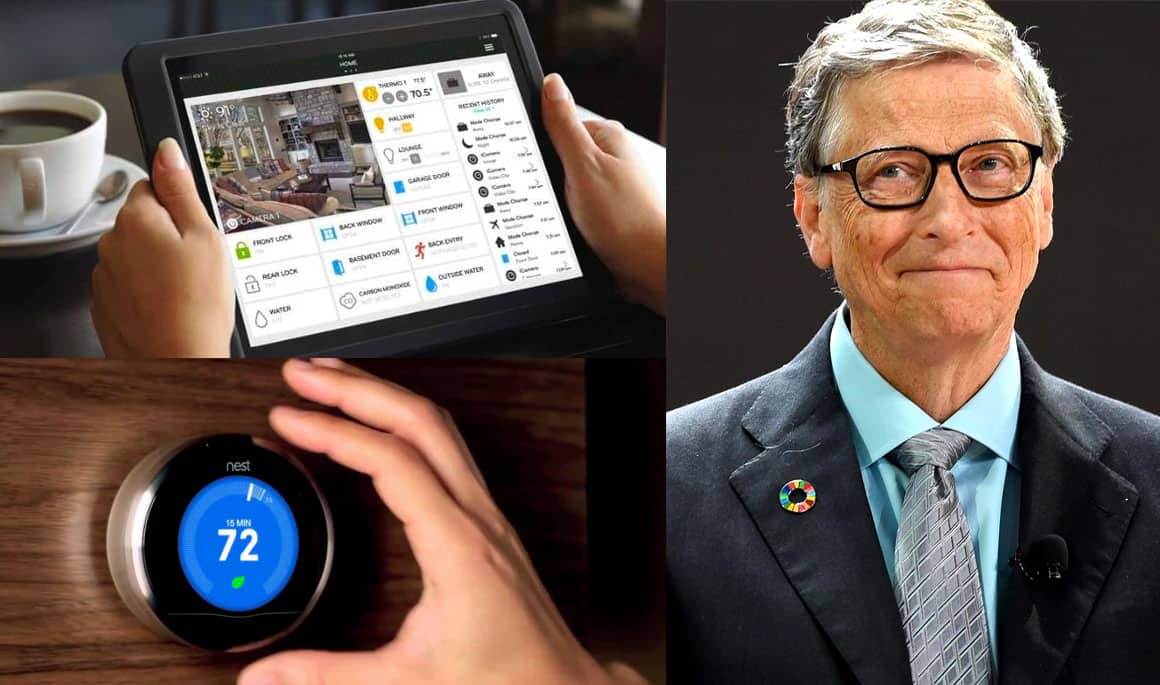 Being the visionary behind the most popular operating system on Earth and one of the richest individuals in the world is clearly not enough for Bill Gates. Back in 1999, he also made a series of predictions as to what the future would hold, and a surprising number of them have ended up being amazingly accurate. If you have a Google mini or an Amazon Alexa in your home, well, Bill Gates predicted this decades earlier. In his book “The Road Ahead”he outlined his vision for what we call Smart Homes today. His home of the future would adjust to your preferences automatically as you entered, dimming lights, changing music, or even modifying digital picture frame artwork. And while most of this was based off technology built for his own house, he predicted it would eventually be faster, better, and cheap enough to make it a common part of daily life. Amongst his list of other notable predictions were the emergence of price comparison websites, tablets, smartphones, facial recognition to unlock devices, medical consultations via the Internet, the Internet of Things around our homes, and also social media. 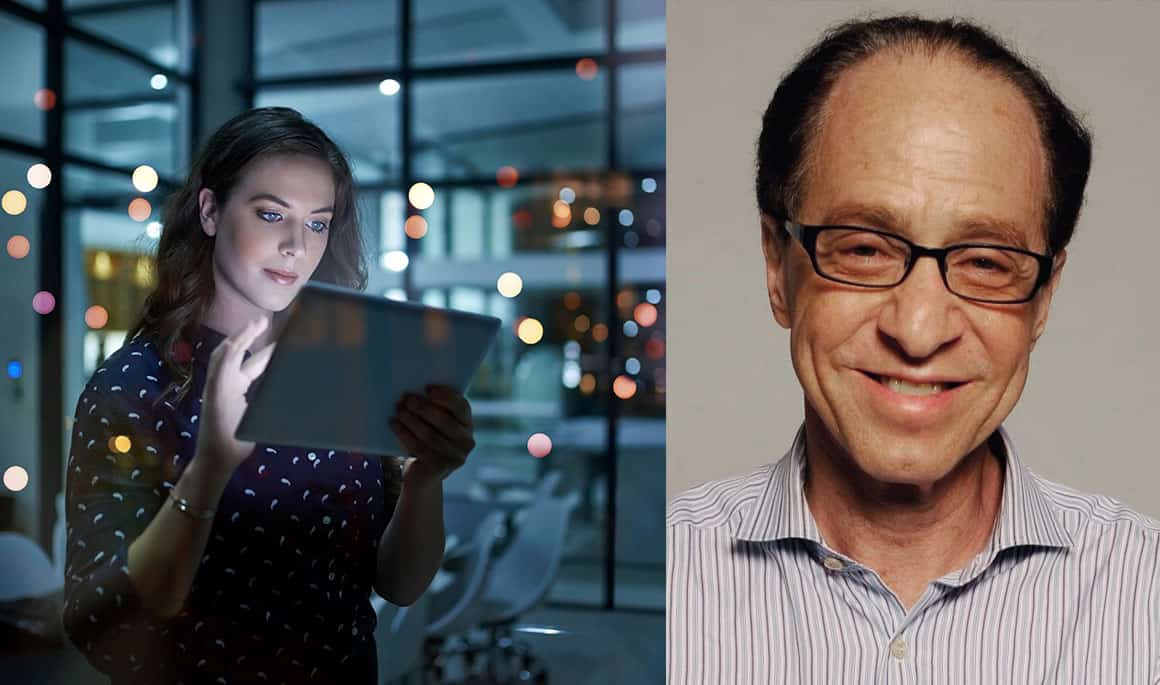 Ray Kurzweil is a professional futurist, and he has a good track record when it comes to making predictions that came true. He has accurately predicted several things in various parts of life. First, he predicted Wi-Fi long before it became something that we are all addicted. Also, he predicted cloud computing at a time when we thought the cloud was just the fluffy thing in the sky. In addition, he also noted that there would be e-books and that you would read them on handheld devices. And if you think about it, all of these pieces rely on each other. You couldn’t really enjoy that fancy e-book without a server in the cloud and some Wi-Fi. So, if you want to know what the future is going to be like, then Kurzweil is one guy that you should consider listening to. 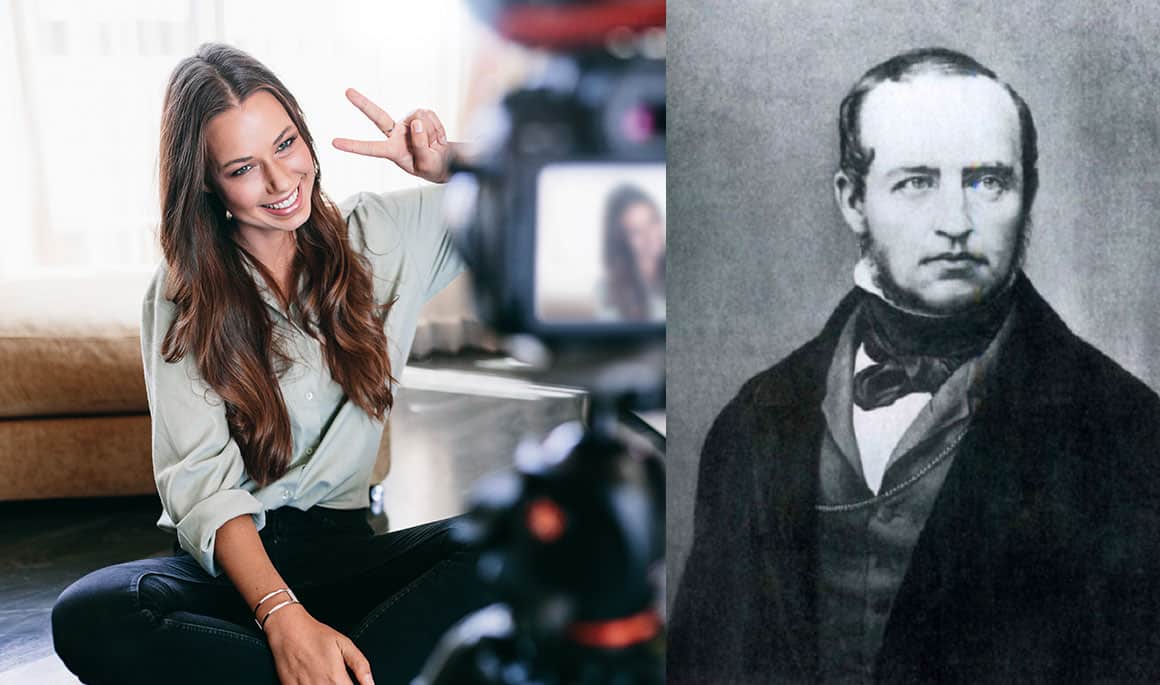 Prince Vladimir Odoevsky lived in Russia in the early 1800’s, but it was a book written by him in 1835 that is of interest to us. In the book titled ‘Year 4338’ he described a world which had certain aspects that are now very familiar. Through the book, he talks about a time where humans are able to partake in instant messaging, are able to update people on their status instantaneously and also writing about their lives and thoughts in something that is now known as blogging. This does sound rather impressive, but what is even more impressive is that he was writing about this form of communication more than a decade before even the telegraph had been invented so he was certainly well before his time when it came to understanding how we would communicate in the future. Of course, he got the year wrong but we can perhaps forgive him for that. 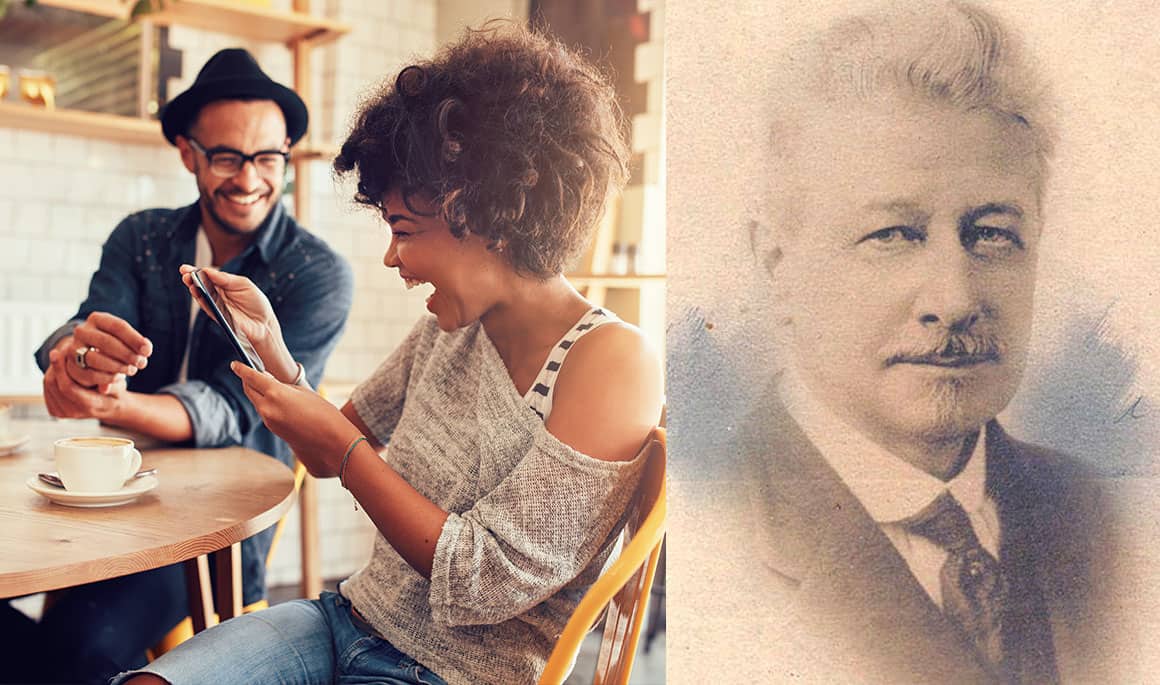 Now, of all the predictions that came true, this one is really for the future. Back in 1900, an American engineer by the name, John Elfreth Watkins wrote a piece for the Ladies Home Journal. In the article, he wrote about what the world would be like over the next 100 years sharing a number of predictions that would end up being rather quite accurate. For example, he predicted the use of digital photography with images appearing in other countries within the hour. He also predicted the use of wireless communication, with him discussing how a husband in the middle of the Atlantic being able to call his wife in Chicago. Throw in the concept of international telephone calls, at a time when the technology meant people couldn’t even call over a short distance, and you see how impossible these ideas seemed. Oh, and he also foresaw television cameras and the television itself, even though it was decades before the television was invented.

Need Help Envisioning the Future of Your Business?

Check out Top 10 Signs You Need a Website Update or check out 5 Common Marketing Mistakes. We can take you to the future talking about VR customer engagement or cutting edge concepts like light field technology. Or if you want to be excited by other visionaries, read these fascinating facts about famous entrepreneurs.