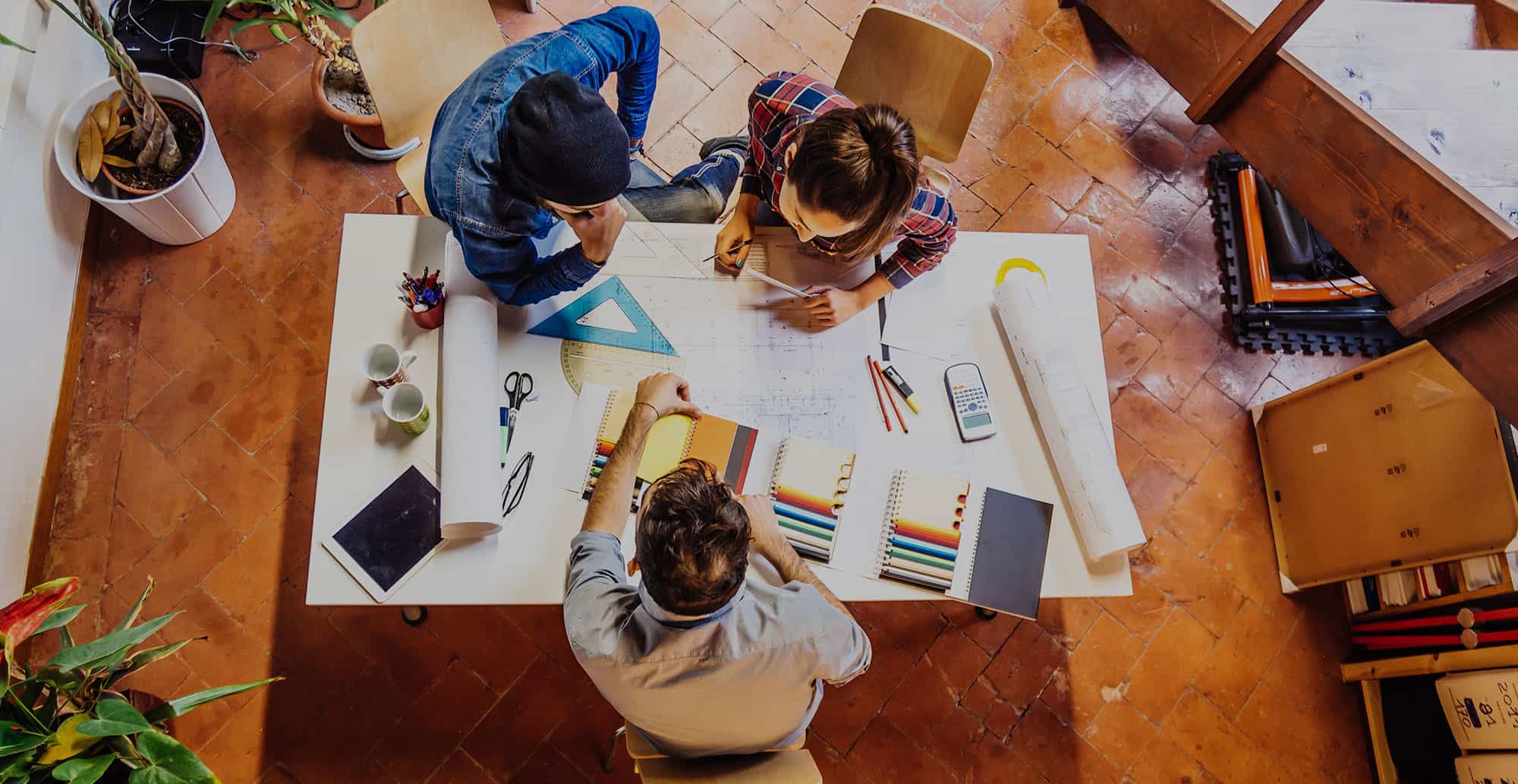 10 Rebranding Disasters Marketers Can Learn From

Rebranding is a process every big company has to go through sooner or later. When the rebranding process ends successfully, companies expose their brand to new demographics and typically see a huge increase in sales. But even large companies can have rebranding disasters they find it difficult to recover from.

What do we define as rebranding disasters?

Rebranding is a very difficult process. Big companies usually spend millions of dollars just to make sure that their brand gets a new and fresh look that they can present to both their loyal and potential new consumers. However, just like a successfully executed rebranding process can result in more sales for a company, rebranding disasters can result in a dramatic loss of money.

In this article we’re exploring rebranding disasters that visually didn’t excite. When household names rebrand they need to fight against years of emotion. These updates never quite captured the same nostalgia as their originals

Although some prefer Pepsi over Coca Cola, you can’t deny the fact that Coca Cola is a much bigger and better brand. Pepsi is still struggling to find an image that would fit their company after rebranding it numerous times, and they certainly won’t ever come close to Coca Cola’s timeless brand.

Pepsi has changed their logo over 10 times, but the most recent change is probably the worst rebranding campaign the company has made thus far. Although they’ve spent $1 million on just a new logo, it’s nowhere near iconic as their last one. Their overall rebranding expenses are said to be $1.2 billion over 3 years. While it isn’t the worst rebranding disaster on the list, even nearly 10 years later it still never became as iconic as the originals.

It didn’t help that shortly after debut a clever artist created their own interpretation.

Animal Planet is without a doubt one of the most popular TV stations across the globe. One of the main reasons why this TV station had become iconic in the first place (apart from their incredible animal-related content) was their simple yet memorable logo.

Their old logo featured the name of the channel, an animal, and our planet. However, the new logo design consists solely of the name of the TV station. To add to this rebranding fail, the word “Animal” is made up of letters that vary in color and size, which definitely doesn’t make it memorable. On the scale of rebranding disasters, the final mark looks more like a ransom note than a nature focused television station.

One of the biggest rebranding failures happened back in 2010, when Gap decided to uncover their new logo and rebrand their company. Not only did they decide to go with a poor design, but they also changed the logo without any warning. People instantly started to negatively respond to the new design. Ignoring that the new logo was generic, their customers were left confused by the instant transformation.

It took the company only six days respond to the criticism and go back to their original design. This rebranding failure cost the company around $100 million. At the cost nearly $17,000,000 per day, we’d have to say that it’s no surprise Gap has stayed the same after this being one of our most referenced rebranding disasters.

The original MasterCard logo is without a doubt one of the most iconic and recognizable logos ever made. The reason why the MasterCard logo was so iconic was because it was extremely simple and memorable. When companies choose to change the design of their world recognized mark, they almost always try to simplify it.

However, with time MasterCard tried to update their logo for the times, adding buckets of shine and gradients over a broken foundation. So, in 2016, MasterCard made a branding mistake and chose a design that was back to basics. While we love simple, we’re pretty sure this is just a Venn Diagram. And nobody really can say they passionately love Venn Diagrams. MasterCard somehow made an forgettable brand even more forgettable with a logo even a mother couldn’t love.

Best Buy decided to change their logo back in 2008. However, it only took them a few months to realize that was one of the worst decisions they’ve made. Just like MasterCard, the company decided to change a logo that was already simple and iconic, which resulted in a tremendous loss of money. It isn’t that this design is inherently bad, it is just really boring. The original’s pop of yellow and thick black lines tells a clear story.

It didn’t take them long to go back to their old logo and reverse one of the most memorable rebranding disasters of the decade.

Although the Kraft Foods logo isn’t what you would consider to be an amazing logo, it is still one of the most memorable logos, especially among food brands. It doesn’t get much simpler than their old logo, which is why the company is recognized all across the globe.

In 2009, Kraft Foods decided they wanted a new brand identity, so they chose to change their simple logo that contained only one word and an incredible simple design to a logo that featured different imagery, fonts, and colors. This design simply feels like they weren’t sure how to visually illustrate what they did, so they decided to illustrate nothingness itself. After a lot of negative feedback during the next 6 months, Kraft Foods went back to their original logo. It remains one of the most memorable rebranding disasters in history.

It’s hard to ignore the presence of Tropicana in the food and drink industry. After all, they do manage to sell millions of cartons of their famous juice each year. Every decision this company makes can have a huge impact on the market, which everyone got a chance to witness a few years ago when they made a terrible rebranding decision.

In an attempt to make their brand look more “down to earth,” the company simplified the packaging and logo. This resulted in the packaging losing its charm it was known for. Because of this bad decision, the company experienced a 20% drop in sales. This is especially notable because it was by the same team who made the Pepsi logo seen above. Maybe they specialize in rebranding disasters?

Although it was never as popular as the other soft drinks on the market, Sierra Mist was once easily recognizable because the brand stood out. It looked different from the other soft drinks. In 2010, the company decided to rebrand and change absolutely everything that defined their brand.

This made the beverage look like every other boring and generic soft drink brand on the market. To make things worse, they repeated the same mistake in 2015, when they not only changed their packaging but their name too. Sierra Mist is now known as Mist Twst. Seriously.

Somehow Mist Twst still sits on store shelves, haunting its creators with the memory of once was. This tangible monument to never admitting defeat to being a one of the worst rebranding disasters.

When a company decides to rebrand, they almost always make sure to present an image that reflects forward thinking. However, this is something that Holiday Inn failed to do when they rebranded back in 2007. Although their new image looked good at first, it became dated just a few months after the rebranding process is done. This is especially bad considering that a huge amount of cash was spent on rebranding.

Today they’ve continued to evolve their brand using this same logo. While we love the catching neon green, the rest looks like it was made in a logo design assembly line. That’s why we can’t help but place it on our worst rebranding disasters list.

Wacom is a very successful company that specializes in graphics tablets. The company used to have a simple and iconic logo that was easily recognizable. While it was a bit boring, it allowed the fun type to decisively communicate. In an attempt to rebrand and attract more consumers, Wacom decided to change their logo and the result ended up being a rebranding failure. Most people have no clue what their new logo is supposed to represent, and it is just not as memorable as their previous one.

While we love Wacom’s products, and are squarely in their target market, this weird robot horn creature is more puzzling than endearing. Likely meant to speak to their creativity, it reads too artificially to have impact. Rebranding disasters can happen at any time, even to brands we love.

At one time DropBox had the world in their grasp. When Steve Jobs personally came to their door to purchase them they flat out refused, seeing a brighter future ahead. But as the years passed cloud storage companies became common-place, often being built in to computer operating systems. Sounds like a time for a rebrand!

It hurts to say, but we absolutely hate DropBox’s color palette overload. Ignoring that the colors chosen are bland and non-complementary, we find it so confounding because it adds no new value. Implying the multitude of ways to use syncing, it just doesn’t excite. While they’ve never publicly admitting this belonged in the hall of fame of rebranding disasters, you’ll notice their website looks an awful like their old brand and nothing like their design guidelines. We think this is a stealth revert back to the way things were due to overwhelming customer confusion.

The past decade has seen significantly more brands handle their identity with delicate care. It is rare to see such tone deaf relaunches in recent times, which is refreshing. Below are a few recent rebranding efforts that could have easily become branding disasters, but somehow pulled it off! Will this year bring back the epic rebranding disasters of the past? 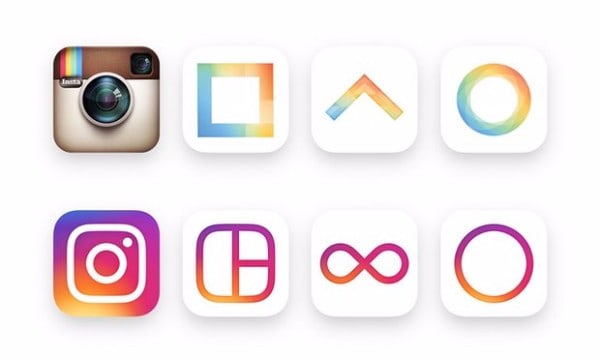 Check out the latest branding trends happening in 2018. Thinking about rebranding your business? Here are 5 reasons you may want to think again.

Need more help? Cubicle Ninjas has the expertise to bring any idea to life!