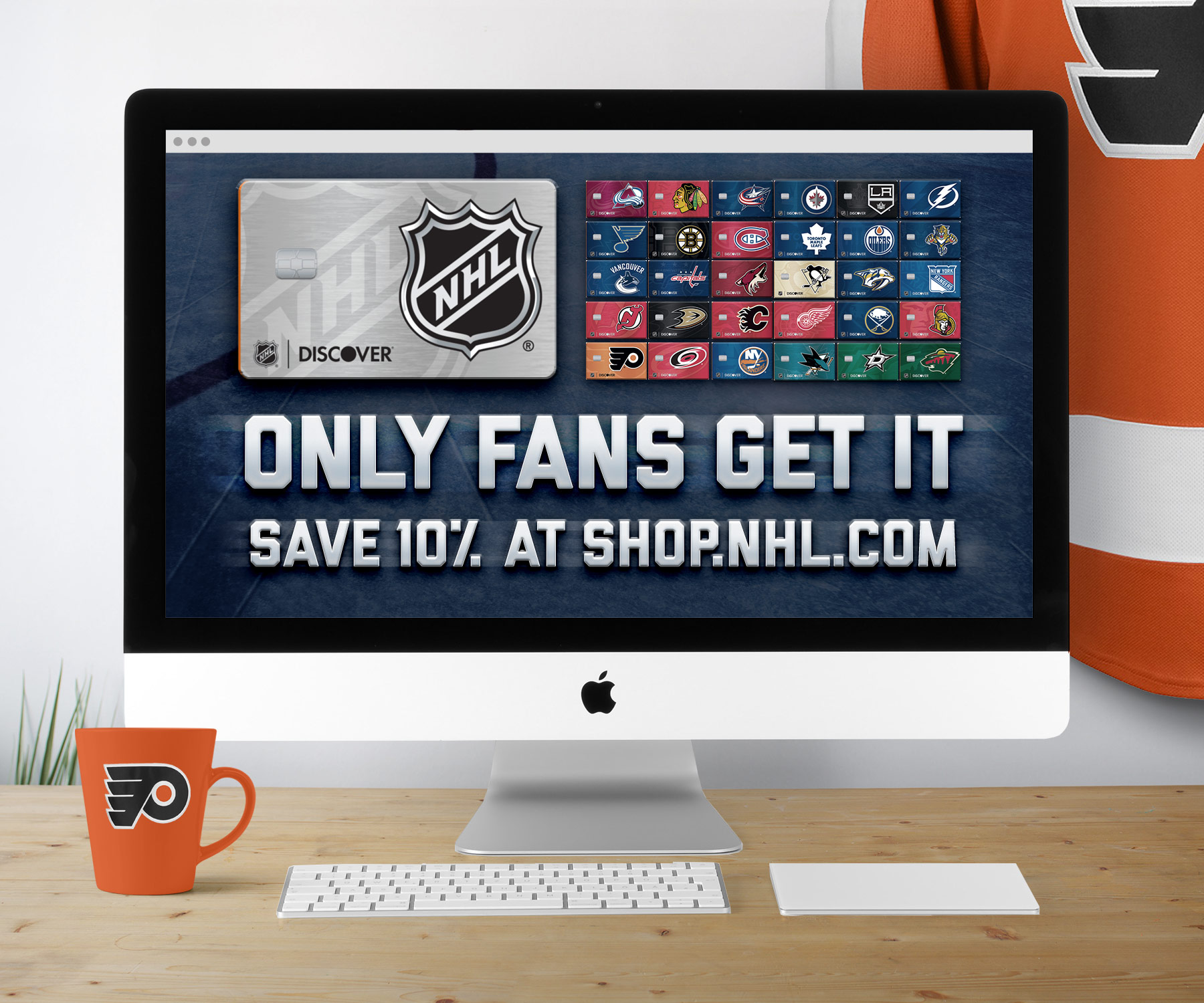 Discover launched the NHL® Discover it® card during the 2015 Stanley Cup Playoffs. After a successful initial run, they wanted to carry this momentum into the 2015-2016 NHL season and playoffs. They turned to Cubicle Ninjas for help building the NHL campaign brand and finding creative ways to get hockey fans intersted and involved.

We realized that the strongest marketing point for this campaign was customers’ affinity for both the sport and their favorite team, so we built creative collateral around the messaging of “Only fans get it”. Our creative materials played off the idea that hockey fans are some of the most passionate fans out there, despite (or perhaps because of!) the fact that the sport is generally underappreciated in the mainstream. Our materials showcased the intensity of hockey and the deep loyalty fans feel for it.

Discover used these high-energy designs to promote their NHL campaign across several channels — from email marketing to ad placements in top-tier publications. 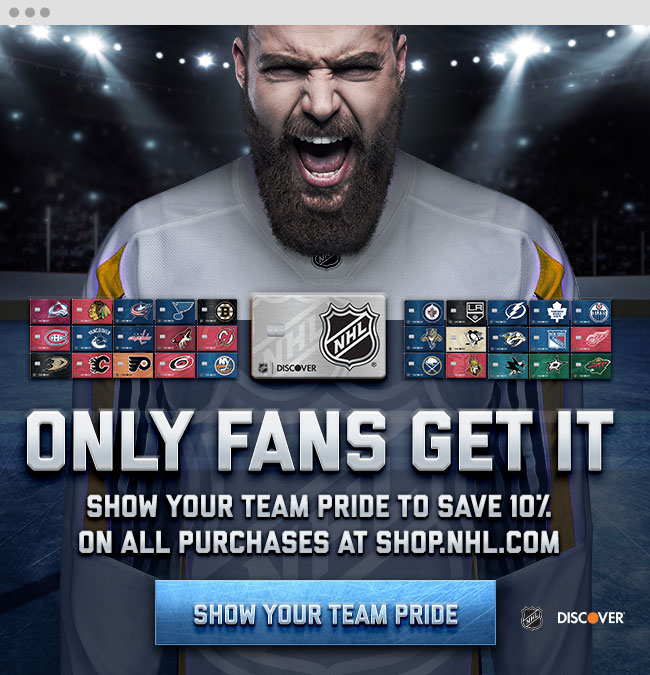 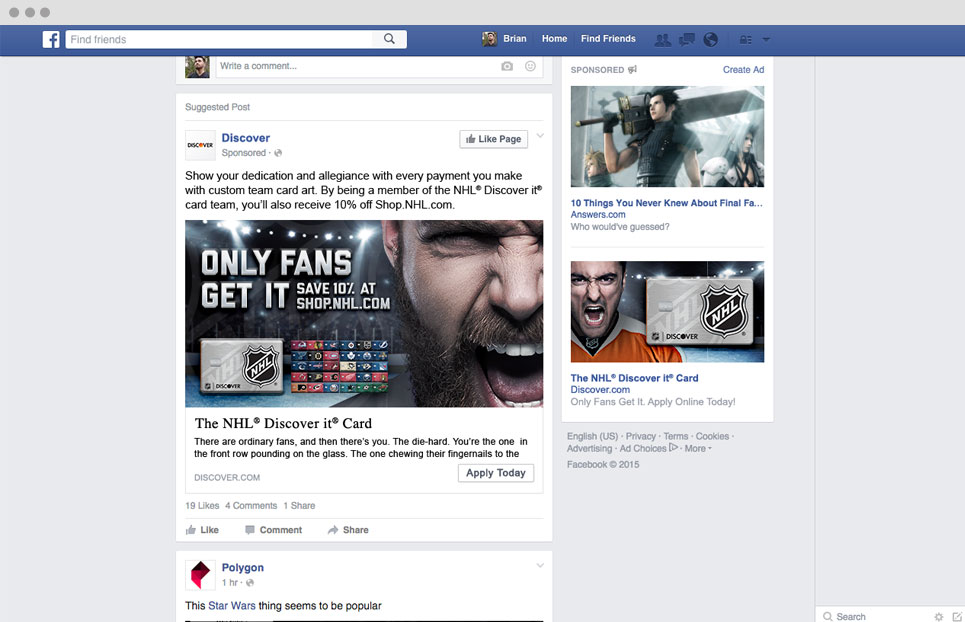 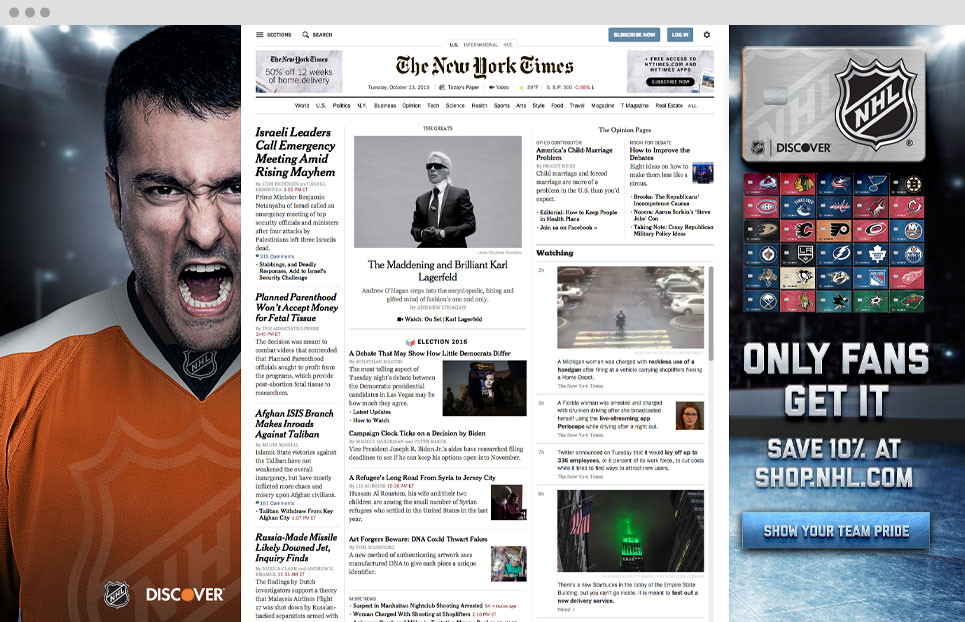 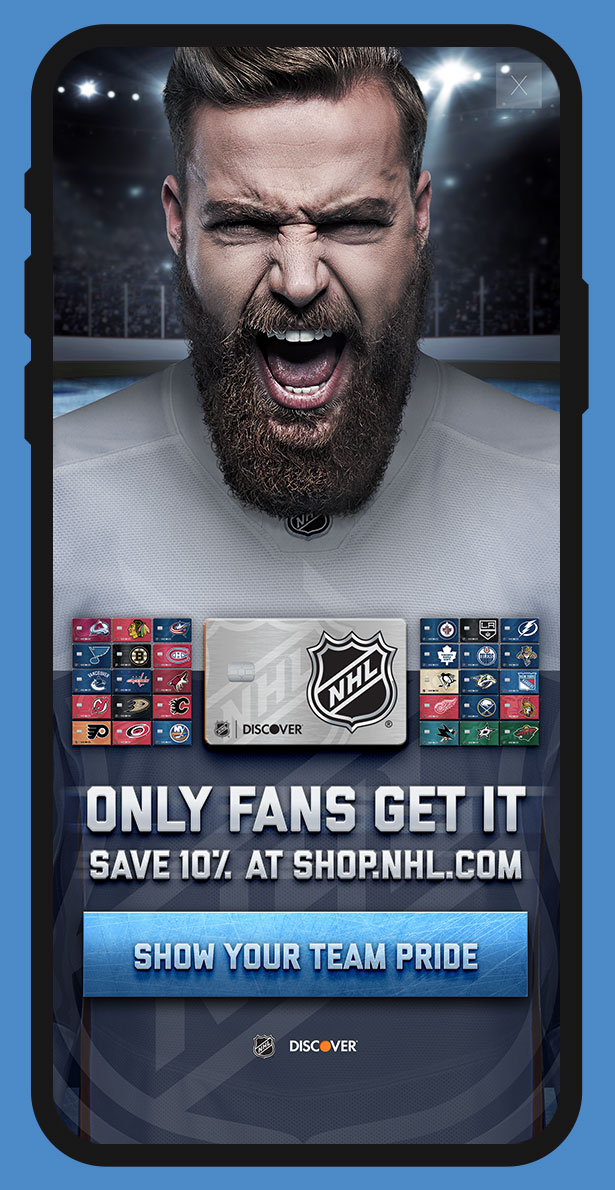 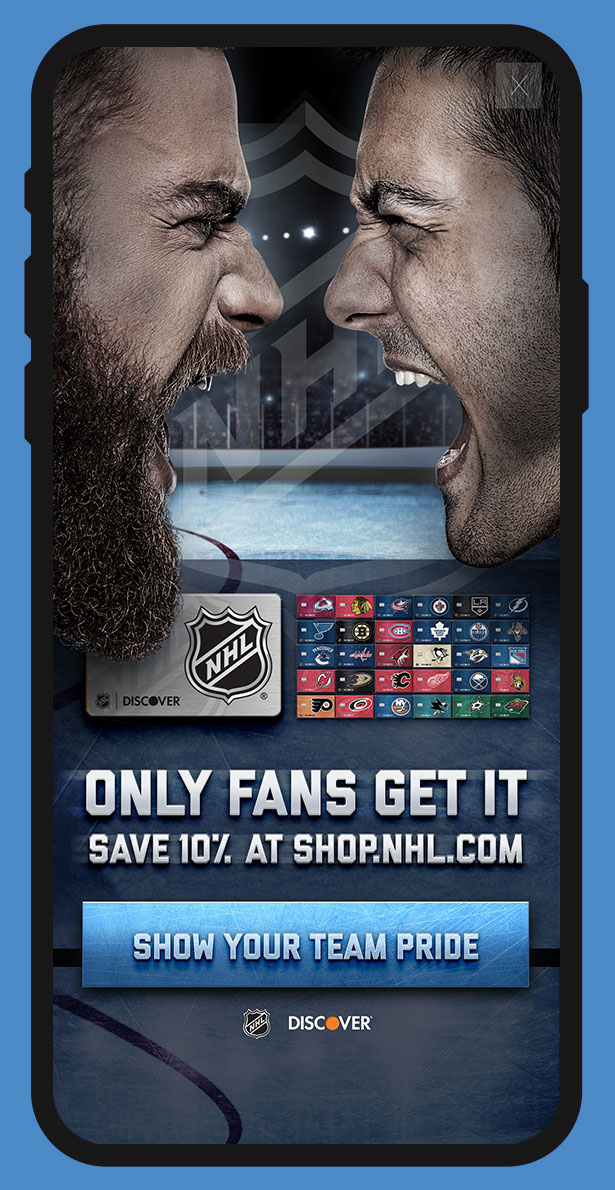 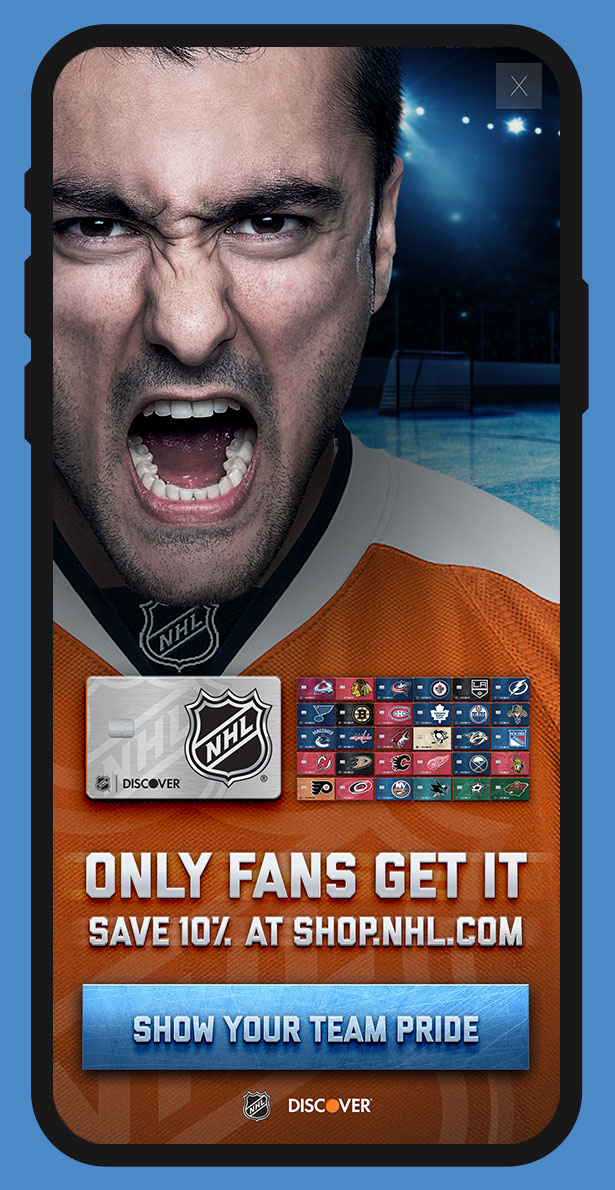