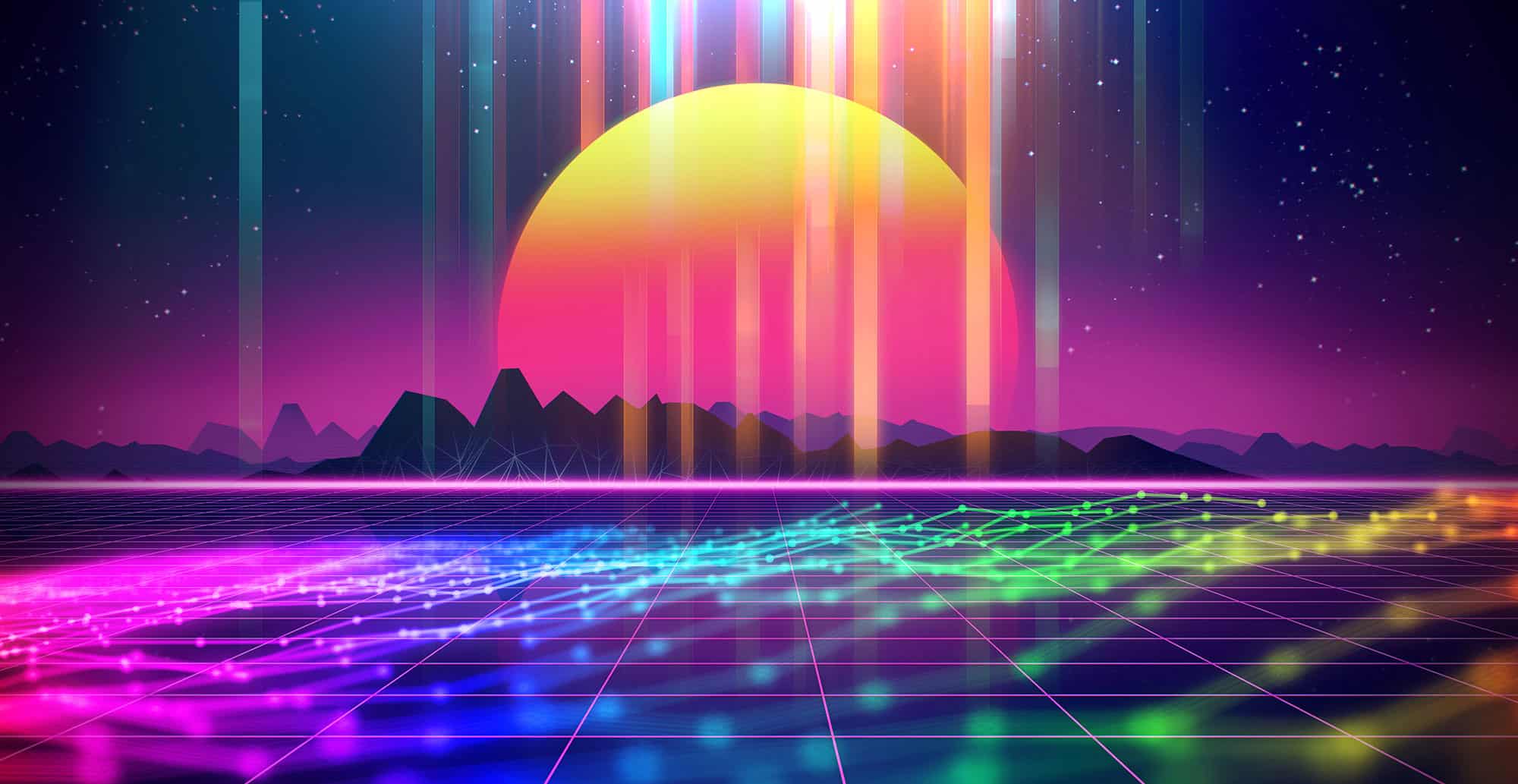 By Cubicle Ninjas August 8, 2019 No Comments

Like many of the inventions we use every day, virtual reality started out in the realm of science fiction. While VR pioneers dabbled before written cyberpunk classics like Neuromancer or Snow Crash became cult hits, it took the magic of film to bring these niche ideas to the mainstream. Here are some of our favorite examples of television and movies that inspired virtual reality applications of our modern day.

One trend you might notice below: many of these movie and TV inspirations don’t include a VR headset. Instead, they explore a world where shared virtual experiences of the fantastic become commonplace. While the tech may be different, the spirit of their exploration is very much at the heart of the virtual reality apps available today! 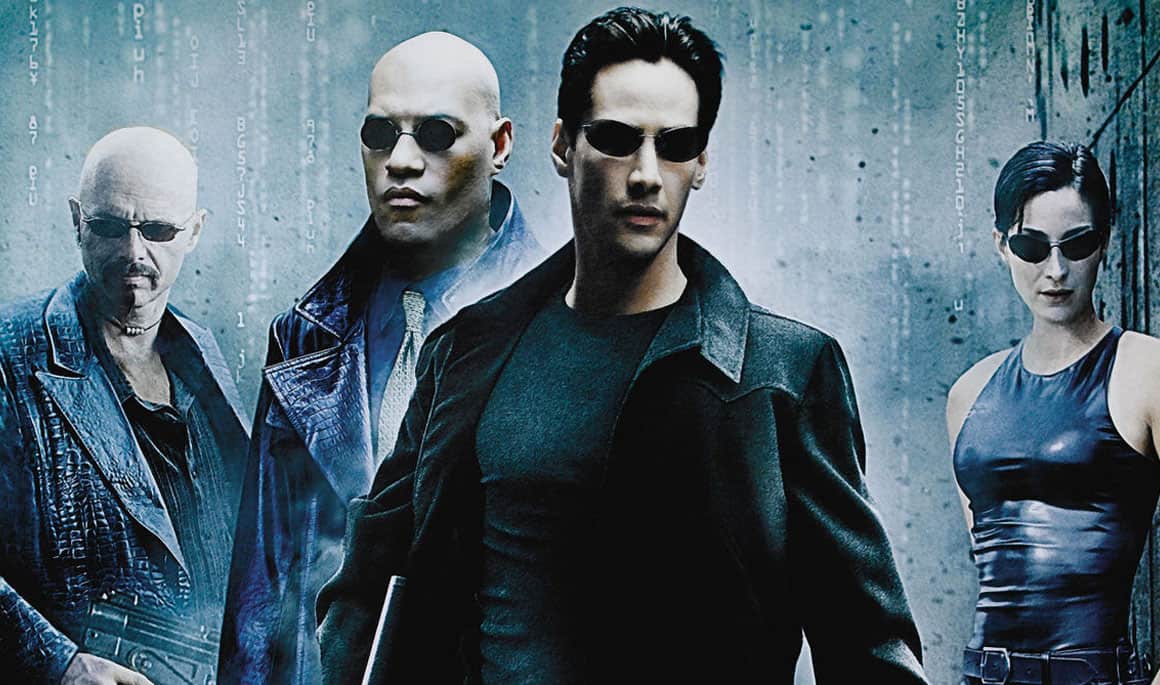 Perhaps the most famous of all movies that inspired virtual reality applications has to be The Matrix. The Matrix was about a world where humans lived in a simulated reality. Yep, that pretty much sums up the concept of virtual reality as we know it today.

Fun Movie Fact: the movie’s big reveal was that people were essentially batteries for evil machines (spoilers for a 20-year old movie), but the original script had a more cyberpunk answer. Each person was used as computing power to scale up a massive neural network. Spooky. 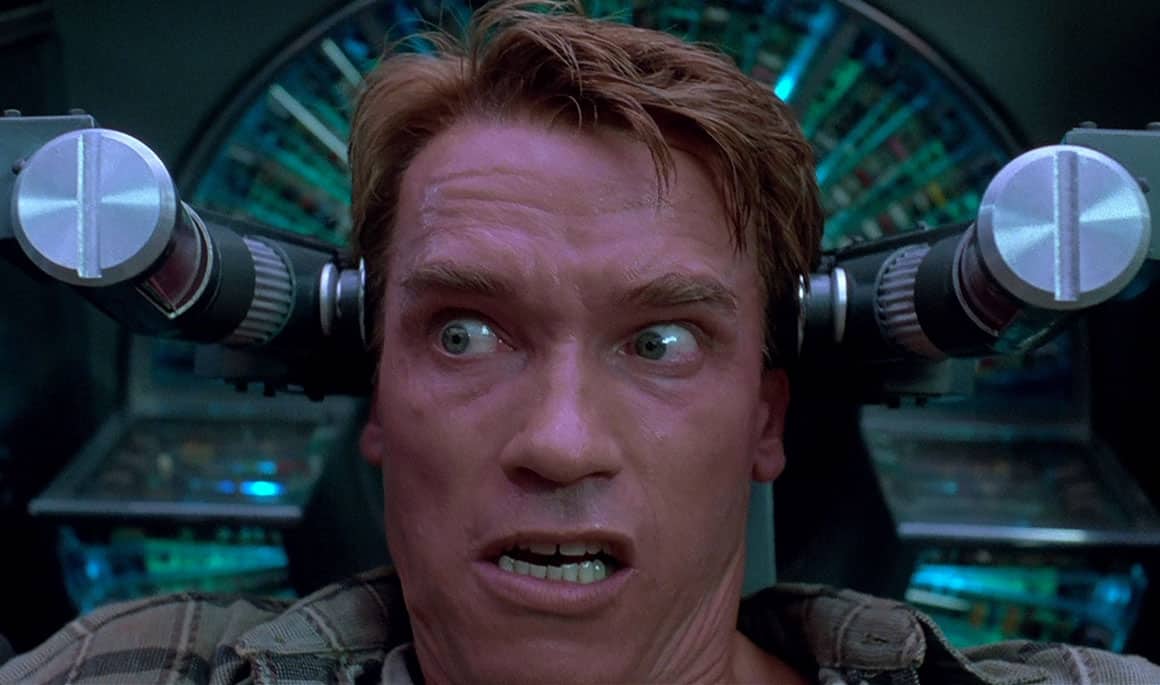 Back in 1990, Total Recall was way ahead of its time. The concepts of virtual vacations, being a secret agent, mind control, false memories, which made for a thrilling and scary experience. But Total Recall was originally written as a short story by Phillip K. Dick called “We Can Remember It For You Today Wholesale” in 1966. And the 2012 version? There is no 2012 version.

Fun Movie Fact: did you know that many people believe Quad’s adventures were all an implanted memory? According to the director, this interpretation was very purposeful, allowing you to decide whether this whole movie is real or virtual. 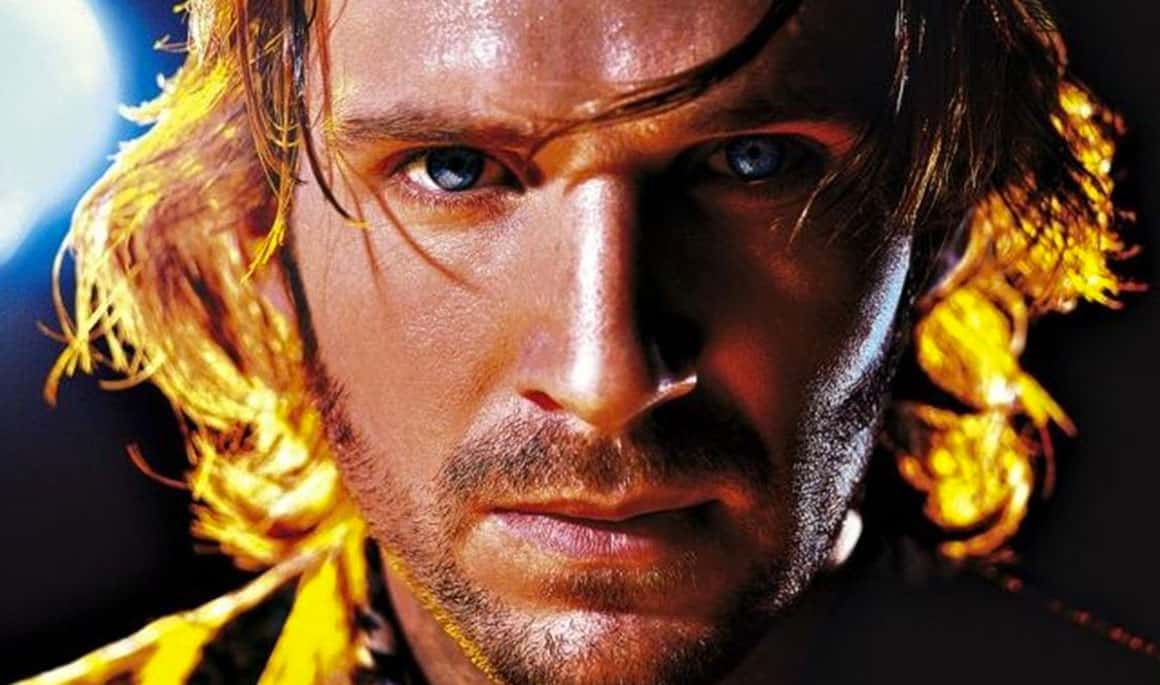 If you have never heard of this movie from 1995, then you are missing out. From a television and movies that inspired virtual reality applications point of view, the plot involves technology that is able to record everything an individual sees and does from their own individual perspective. Another person can then wear that device and replay everything from the perspective of the first person.

Fun Movie Fact: James Cameron, the boat guy, edited this movie, but is unlisted in the credits because he wasn’t in the editors union.

Modern Day VR App Equivalent: Blade Runner 2049 allows you to act as detective, replaying events to solve the mystery. While short, it is a thrilling ride! 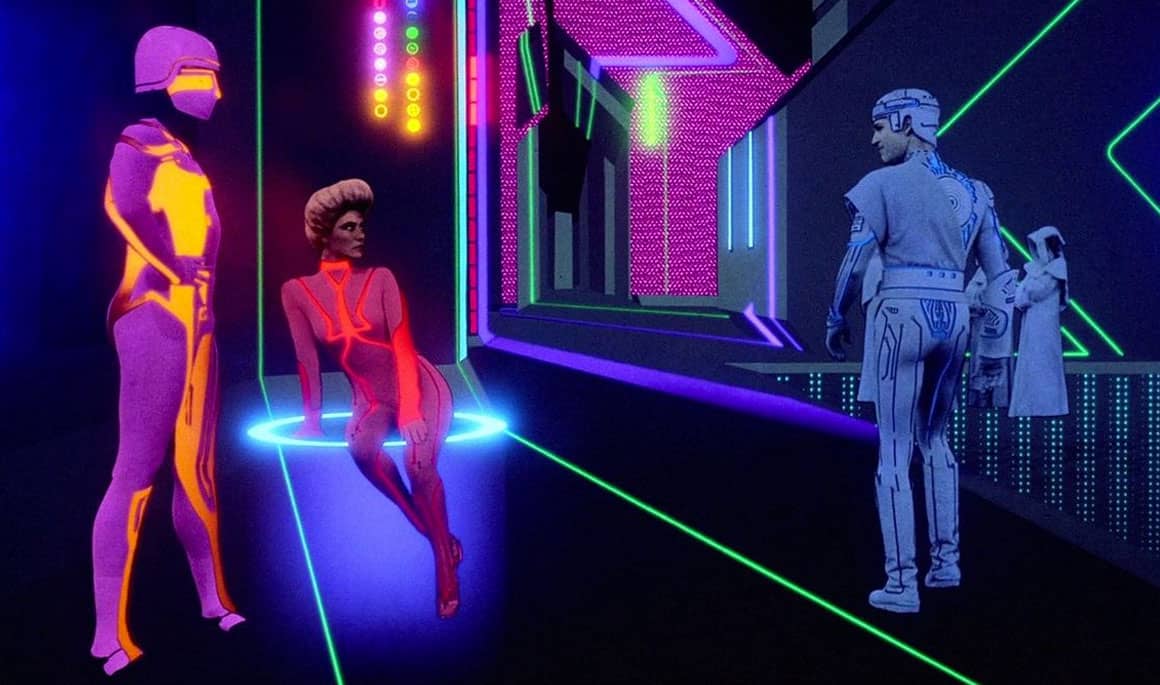 Considering this movie was made back in 1982, it was certainly state of the art from that time period. Basically, a software engineer takes a trip into the virtual reality world that the computer company he works for has created. Tron helped a young generation visualize the elements of a computer in a readable way.

Modern Day VR App Equivalent: Echo VR. While it ditches the Tron style, it is the closest one can come to exhilarating disc combat. 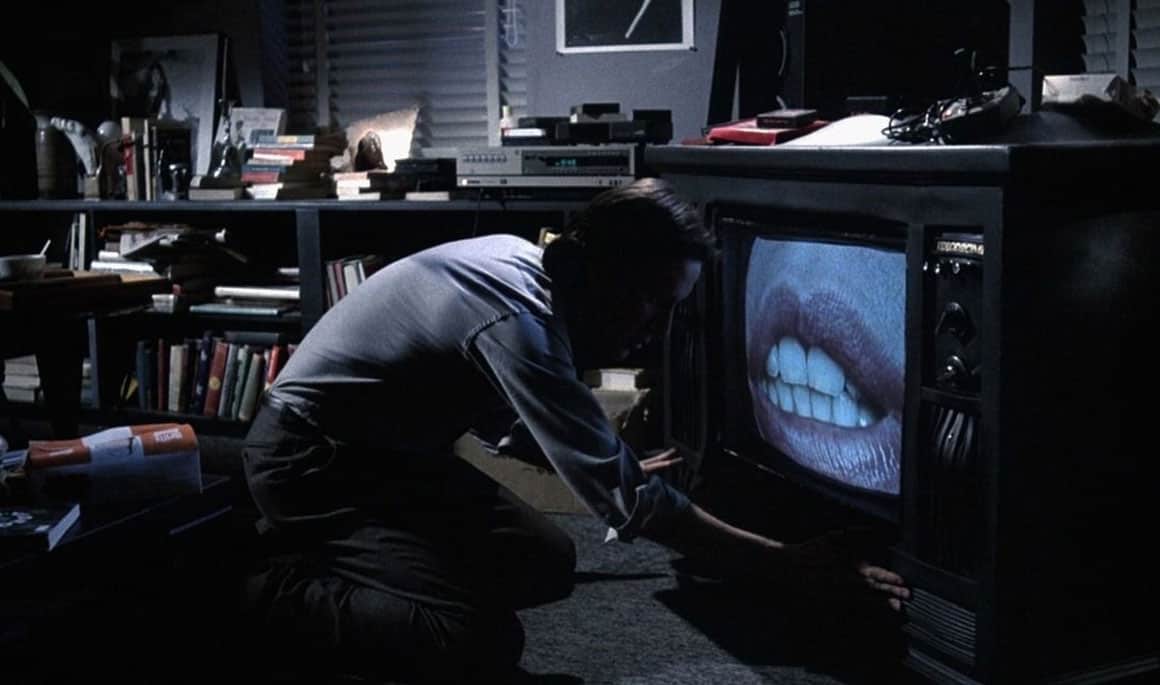 Videodrome appeared back in 1983, and if you have never heard of it before, then you are not alone. However, it did involve aspects of virtual reality, and they were all focused around the television set as you can see in the image. The story is about a mysterious TV station that is violent and horrific and starts to incorporate itself into the real world.

Technology has really taken over evolution. We’ve seized control of evolution ourselves without really quite being conscious of it. It’s no longer the environment that affects change in the human body, it’s our minds, it’s our concepts, our technology that are doing that.

Modern Day VR App Equivalent: There is nothing like this in VR…and maybe that’s a good thing. But we’ll recommend Technolust for some crazy cyberpunk adventures which asks many of the same questions, without the whole torture channel thing. 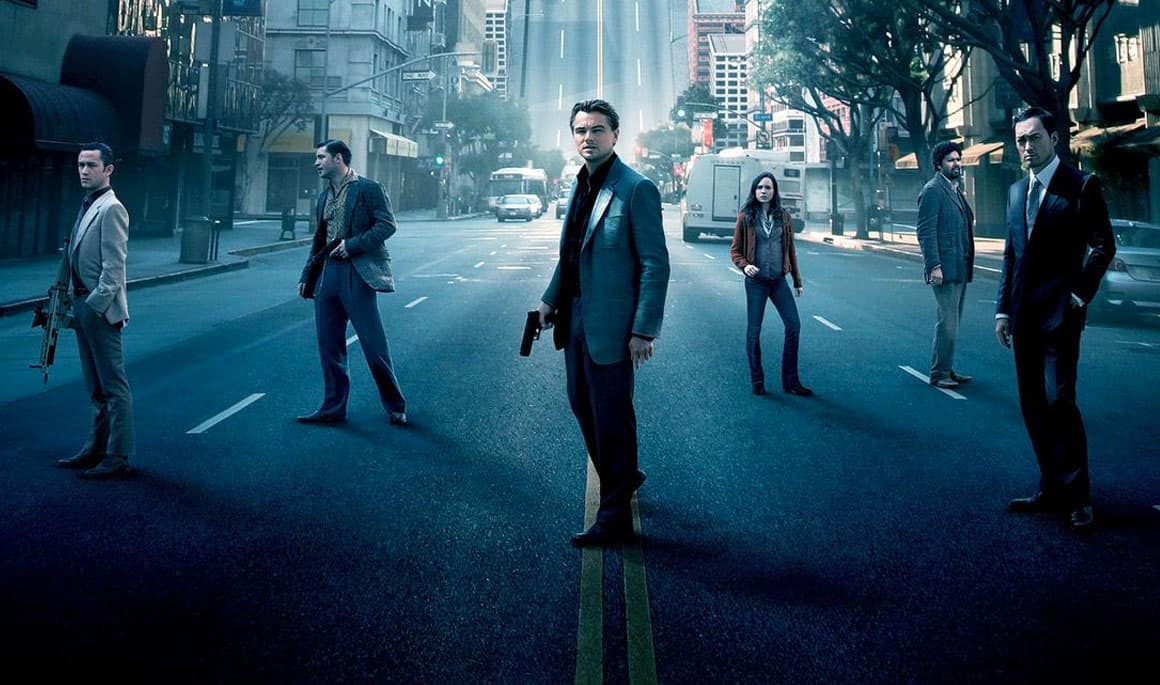 Inception is a more recent movie, but that doesn’t mean that it isn’t part of the television and movies that inspired virtual reality applications. The movie is all about hackers who can enter into the dreams of the people to change their minds.

Fun Movie Fact: Inception’s runtime is exactly 8888 seconds, which is fitting considering it took 8 years to write the script.

Modern Day VR App Equivalent: Virtual Virtual Reality or Psychonauts: In the Rhombus of Ruin. Dive into realities, virtual realities, and impossible realities in these adventures which keep you guessing. 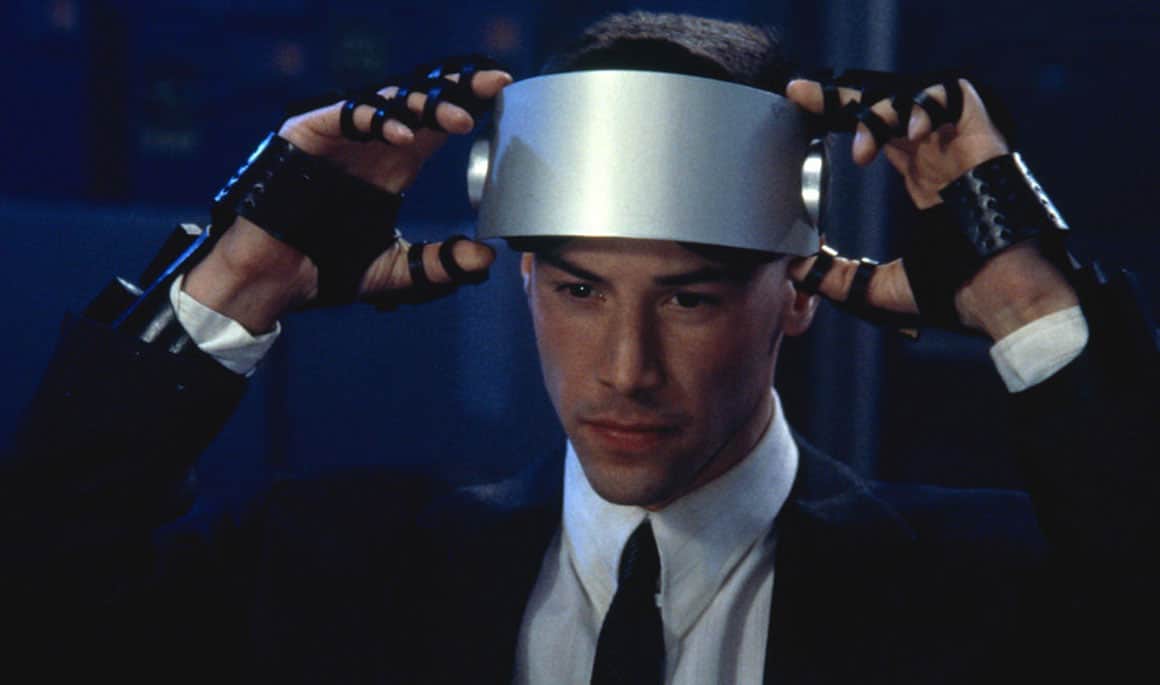 This 1995 movie was a bit of a box office dud, but it still was one of the television and movies that inspired virtual reality applications. In the movie, Keanu Reeves’ character has a special brain implant that stores away information that can then be used and accessed later.

Fun Movie Fact: this was based on William Gibson’s short story “Johnny Mnemonic”, which is part of the Sprawl Trilogy, which includes Neuromancer. This is as close as we’ve ever gotten to Neuromancer on the big screen.

Modern Day VR App Equivalent: Sairento – Flip around like a ninja and shred baddies? Sign us up. 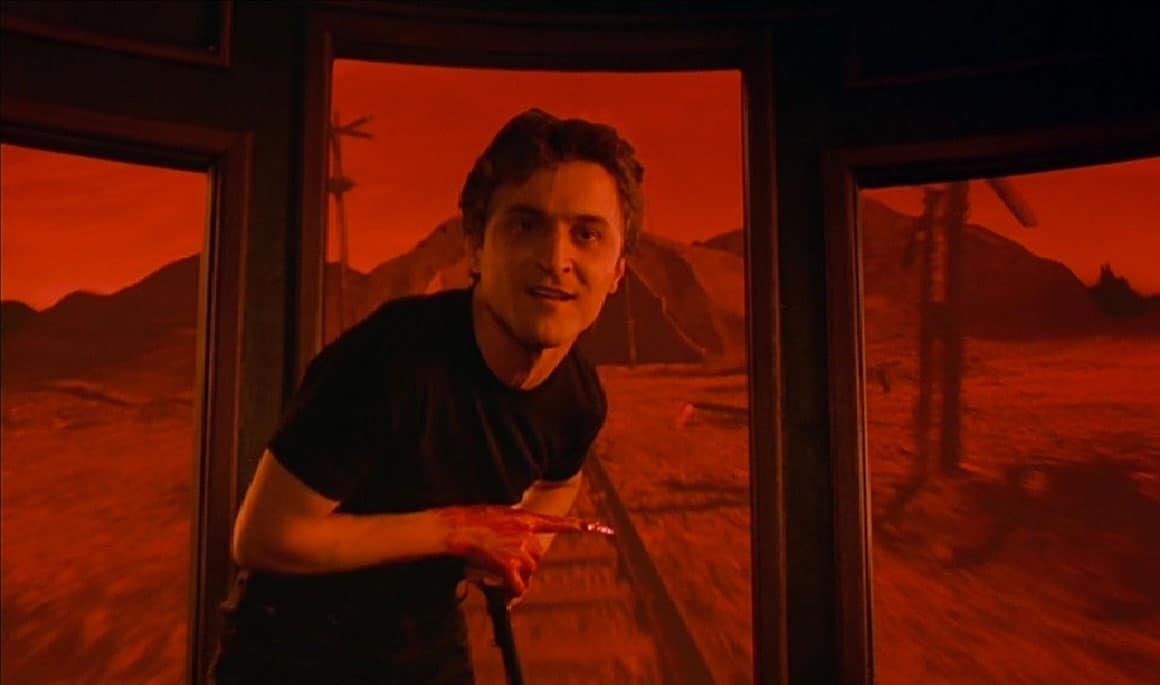 Dreamscape was created in 1984 and was a sci-fi horror movie that made full use of the latest advances in computer technology. As the title kind of suggests, it is to do with dreams where psychics are trained to enter into the dreams of others to alter their reality.

Fun Movie Fact: dreams were a popular theme that year, with entering dreams to spark terror in the movie “Nightmare on Elm Street” which hit movie theatres only weeks later.

Modern Day VR App Equivalent: Resident Evil 7. While there is no dream hacking in this instant classic survival horror title, you will experience more impossible monsters and terrifying scenarios than might be healthy. We’re not afraid to admit we couldn’t finish this six hour journey in VR, preferring to hide behind our couches instead.

Television and Movies that Inspired Virtual Reality Applications is Just The Beginning!

Check out the 5 pioneers who made VR possible, or take a dive into the many ways that virtual and augmented reality are changing business! Or are you inspired enough to build the future? Contact our team to create a custom virtual reality app.