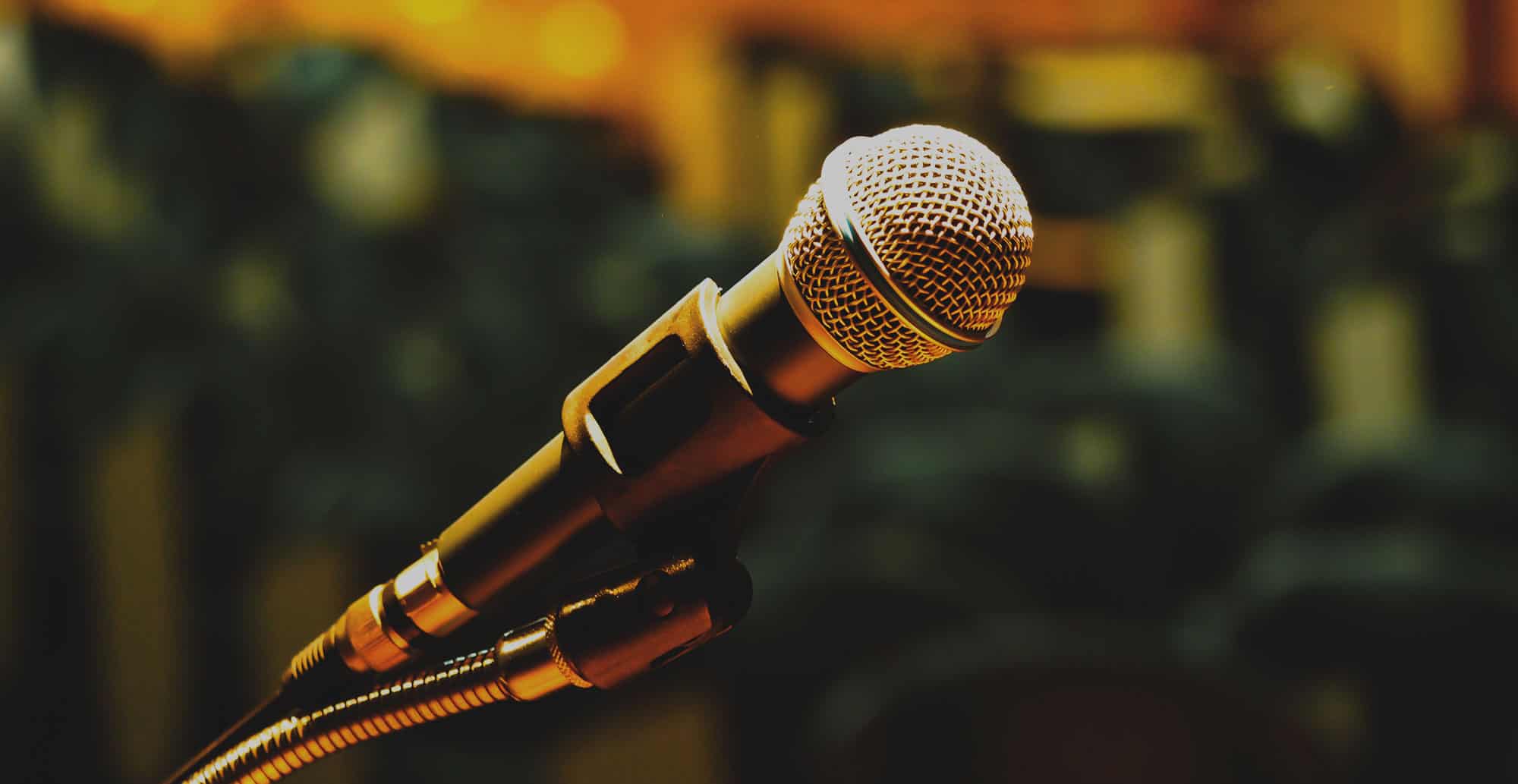 Tips for Better Public Speaking: Are You Losing the Room With These Common Mistakes?

Public speaking is without a doubt one of the most daunting tasks you could place before a human being. A full seven percent of Americans fear public speaking—an astounding 27 million people. In light of these numbers, and the podium dread they clearly imply, it’s hardly surprising that so many of us unconsciously fall back on bad habits when speaking before a group.

But the fact remains, if you’re routinely falling prey to these public speaking mistakes, you’re probably losing the room more often than not. Follow these tips for better public speaking, however, and you’ll be sure to command the attention and interest of all present. 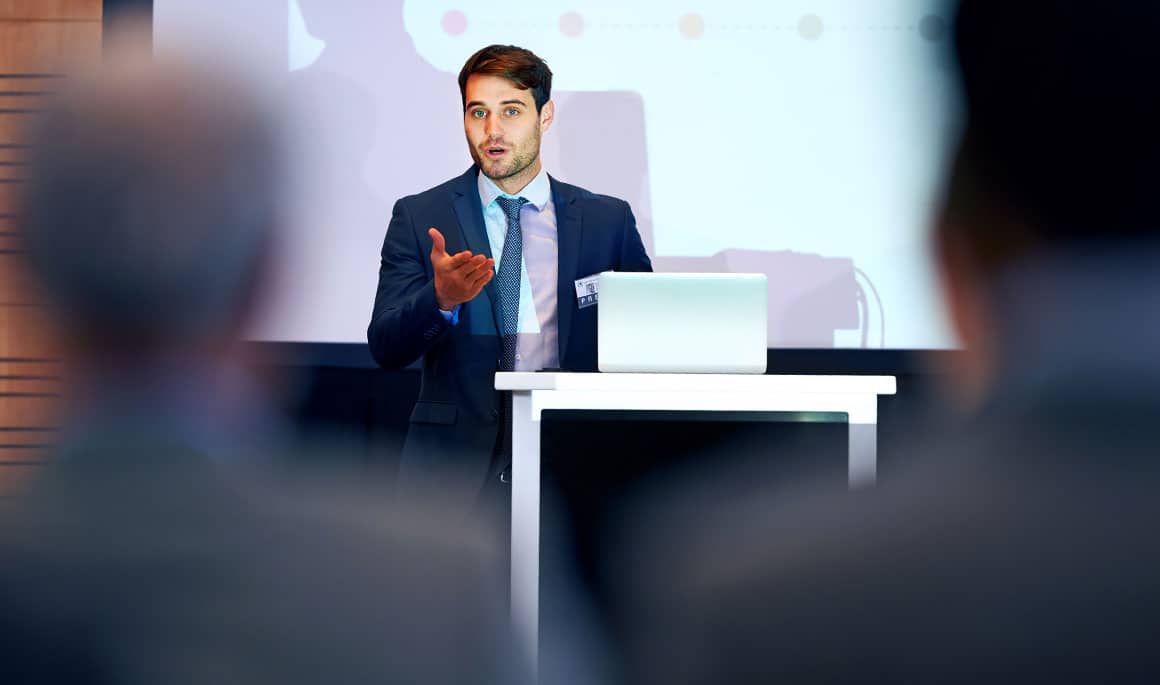 1. Eliminate “Umm…” from Your Vocabulary

Another one of our key tips for better public speaking is to ditch the filler words. Nothing loses an audience quicker than frequent interjections of verbal filler. Whether it’s “ummm….”, chronic abuse of the word “like” at inappropriate times, or any other number of “filler ticks”, do yourself a favor right away: stop.

Use of common filler words like those often comes as a result of the speaker’s racing mind (not to mention pulse). If you’re nervous, your brain will tend to speed up, and assume that the brains of your audience are carrying on at a similar clip. But they’re trying to follow along with you as you go, which naturally puts you ahead of them, so to speak.

So stop acting like you’re being dragged behind the 70mph car that is your audience’s collective mind. If they care enough about the contents of your speech to be in the room at all, then they won’t mind a two second pause while you search for your next word or thought.

In fact, a second or two of reflective silence beats the hell out of “ummm” or “like” any day. And the vast majority of people will respect you more as a result, and derive more value from your speech. 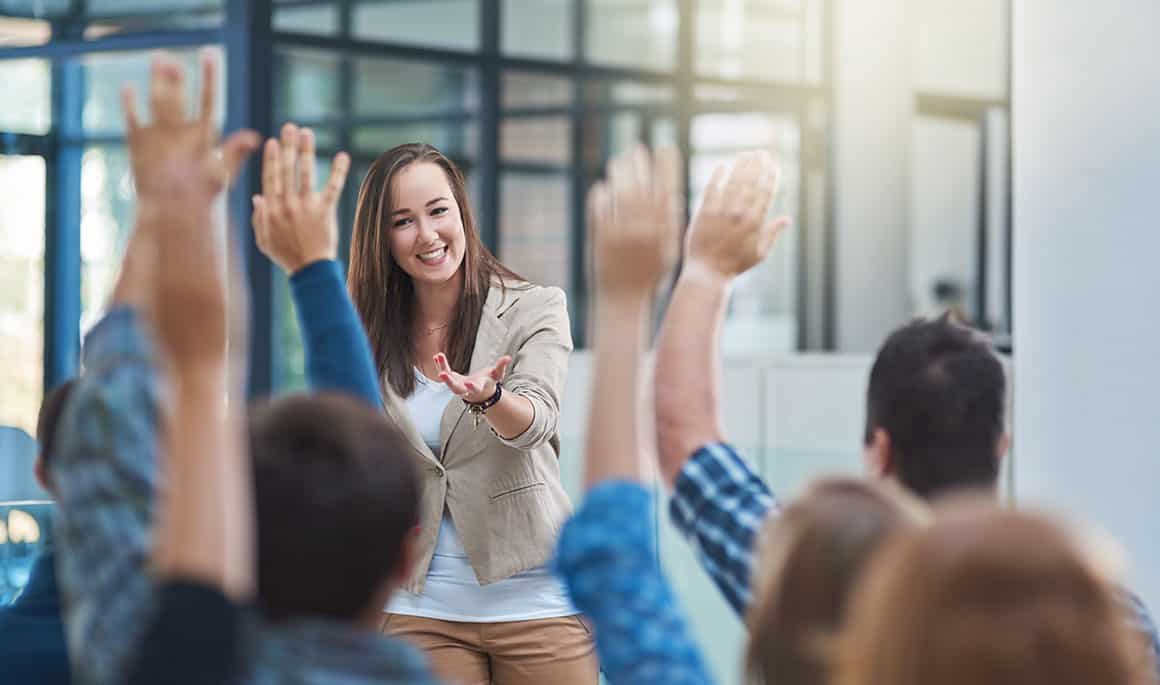 When you’re engaged in a one on one conversation with another person, you automatically (and largely unconsciously) run a “scan” on the conversation, usually every thirty to sixty seconds. “Is this person understanding me? Do they agree or disagree? Are things getting heated? Do they seem offended?”

Again, we’re so accustomed to this “temperature checking” process that it occurs totally unconsciously most of the time. But when you’re nervous in front of a group, you’ll need to consciously remind yourself to do this. And you should, since you can veer completely off course with a group quite easily if you’re lacking in social queuing and related skills, and fail to take its temperature. 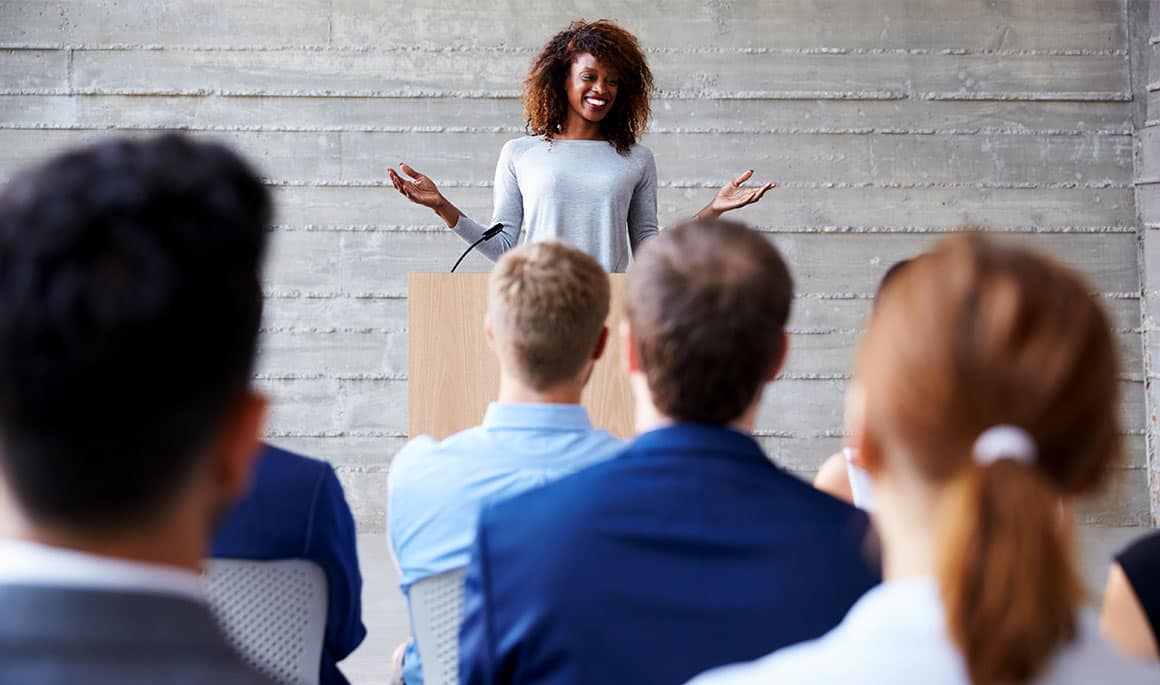 3. Speak to the Audience…The Podium Can’t Hear You, and Doesn’t Care Anyway

A crucial tip for better public speaking is to make eye contact with your audience. Lack of eye contact is easily one of the quickest ways to lose a room. Nothing communicates weakness and lack of authority like an individual who can’t look at the audience during a speech.

But we come bearing good news. Psychological research has concluded that frank and open eye contact is usually regarded as a sign of positive interest on the part of the other person. That should change your feelings on the subject considerably. You want to do everything you can to cultivate the goodwill of your audience.

Here’s a useful tip for better public speaking for those of you who struggle with eye contact during public speeches. Simply look straight out, and select a spot on the opposing wall. While you’re speaking, keep your gaze trained on this spot (with slight variation to the sides from time to time).

As long as you’re not doing anything too obvious (keep your gaze relatively low, but above your audience’s heads), it will look exactly like you’re staring confidently into the crowd as you address them. But you’re actually staring past them in an illusory manner. Great technique for anxiety control, especially with larger audiences. 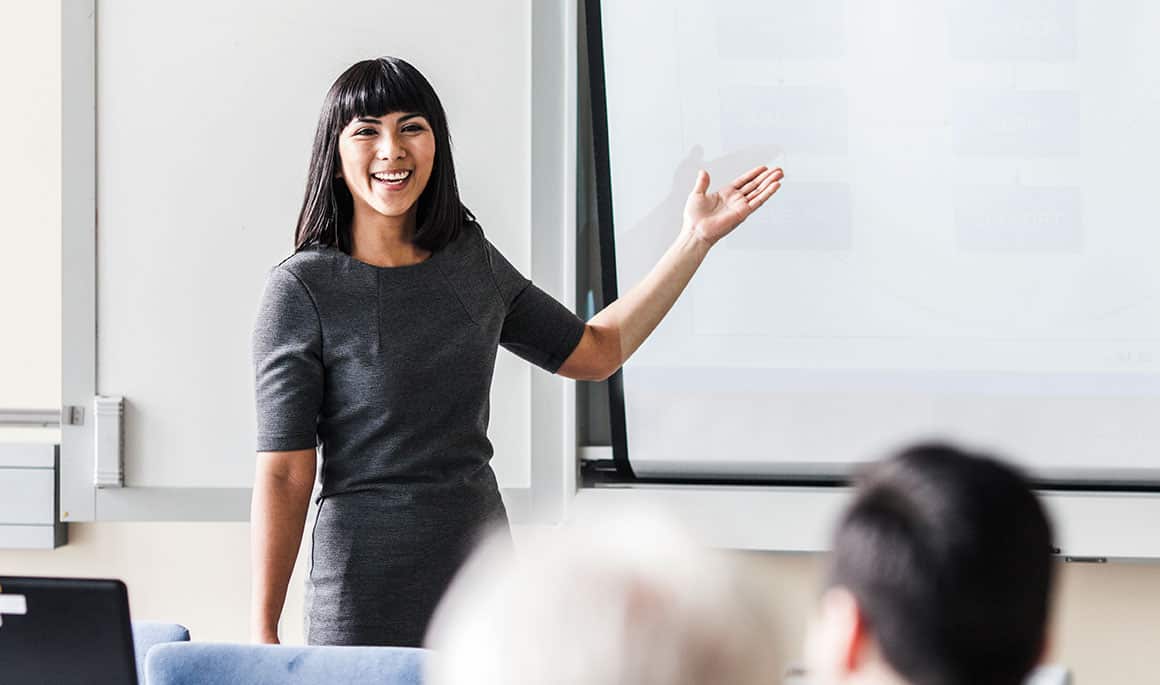 Many public speakers freeze unnaturally while speaking, looking a bit like a terrified robot. Individuals often do this as a result of their stage fright. A nervous speaker will naturally perceive every audience member as a threat (in the form of judgment for a subpar speech, etc.).

Human beings are animals. And if an animal finds itself trapped in the midst of multiple threats against which it can do nothing, its natural response will often be a sort of “shriveling” reaction.

What’s the good news? Another one of our easy tips for better public speaking is simply to remind yourself (and keep reminding yourself) that your initial perception of the situation doesn’t reflect reality. In all probability, you’re surrounded by people who are counting on you to teach them something, or at the very least are interested in what you have to say. So don’t be afraid of making a larger gesture than you would in an ordinary conversation, or speaking with a bit more passion and confidence, or taking up more space.

Because it’s not an ordinary conversation. You’re tasked with holding an entire room of people (or multiple individuals, at least), and naturally the route to success here is a bit different than with a one on one chat. Don’t be afraid to take up the space you’re entitled to: it’s your speech, after all. 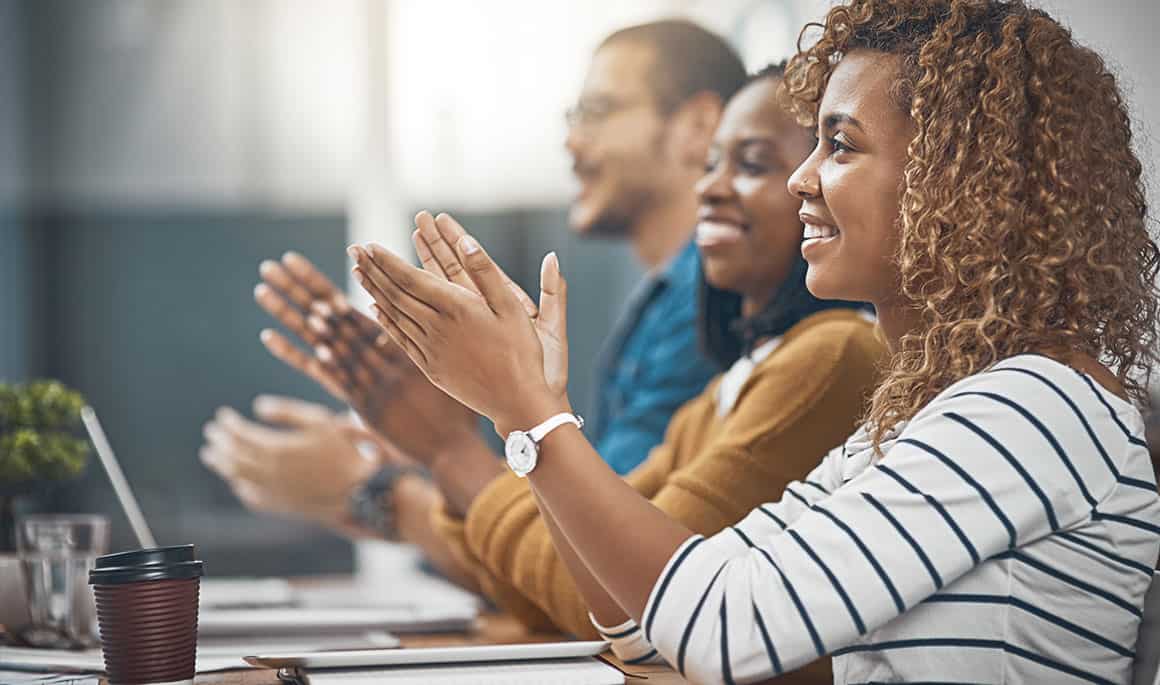 Summing Up Our Tips for Better Public Speaking

Whether it’s including filler phrases such as “umm” or “like” during a speech, failing to gesture normally or making eye contact, the end result is always the same: failure to hold the audience’s engagement. You want to avoid this at all costs. If you’ve lost their engagement, then all further attempts at education and persuasion are dead in the water.

Follow these tips for better public speaking and remind yourself that your brain will try to play tricks on you, and you’ll make quick progress in speaking in front of an audience.

Looking for more ways to enhance your presentation?