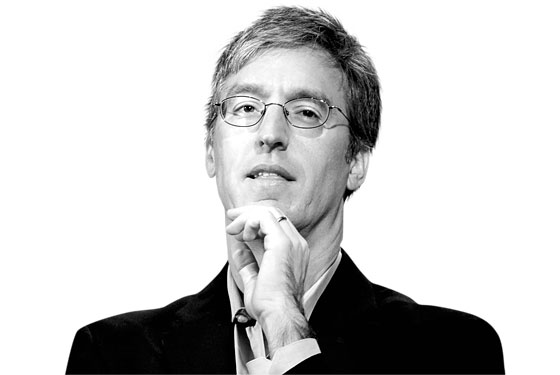 “I’ve never been accused of being proficient at math,” exclaimed Steven Levitt, author of Freakonomics and Superfreakonomics. In front of over 200 attendees at the SAVO Summit in Chicago a few weeks ago, Levitt gave an awe-inspiring, hilarious, and a tremendously valuable presentation. Levitt spoke not so much about business, but how to find your position in the business world.

1. Take Something That No One is Doing and Own It

Levitt told the audience about the best piece of advice that he received from his father, who specialized in intestinal gas. He advised Levitt to find topics that no one else is tackling and take ownership. He took his father’s advice leading him to conduct some pretty awesome research on real estate agents ripping off homebuyers, Chicago prostitution, and drunk driving versus walking drunk.

2. Admit That You Know Nothing

“I don’t know much about anything…but I can give some frameworks for thinking about the world.”

Levitt explained that one of the most valuable things his company does is admit to clients that they don’t know it all. Unfortunately in the business world, it seems to be worse to strictly admit you don’t know the answer instead of lying about it. Levitt believes it shouldn’t be this way. He stays true to his beliefs and uses this strategy with his clients. It’s unconventional, but he finds that people see it as a refreshing approach.

3. Don’t Dwell Over What You Can’t Do

It’s easy for many of us, recent graduates as well as professionals, to steer off the right path by focusing too much on our flaws or what we’re not capable of. Levitt admitted to being downright horrible at math. His math teacher remembered him at his 15-year high school reunion only because he did so poorly. Levitt’s presentation was a great reminder that it’s okay not to be good at everything, allowing more energy to focus on your true value. Levitt struggled in his math courses at MIT, but he didn’t give up. He believed it was better to keep going and conquer through it than to completely give up and fail.

4. Don’t Be Afraid to Take a Real Swing at the Golf Ball

“You can’t learn if you don’t receive feedback.”

Levitt used a golf analogy to explain that it’s impossible to receive feedback if you don’t allow yourself to experiment. Levitt approached a fast food restaurant with a research idea. The fast food restaurant had an online application for hiring employees. The company hired a third party to construct questions and review applicant’s answers in order to hire the right people for the position. However, the HR team never researched if the right answers related to how the hire did on the job. When Levitt asked if they could do an analysis on whether or not the answers are indeed the correct answers, it was brushed off. The HR team didn’t want to deal with firing the third party if they found out the application process was inaccurate.

Have you ever attended one of Levitt’s presentations? What advice did you takeaway with you?

About the Author: Shannon Callarman is the marketing coordinator at Cubicle Ninjas. She’s the tiny ninja behind the CN Twitter. You can also follow her on Google+.